Classic Vintage
Year: 1978
Make: Ford
Model: Bronco
Trim: Custom
Transmission: Automatic
MOTOR Mileage: 35,000
Odometer Said's Near 14,500 = 114,500
HEATED GARAGE KEPT, Come seeinNORTHBROOK ILLINOIS 60062
Clear clean title in hand. MOTOR.. 35,000 Miles, brand new 351, (not rebuilt) from and installed by Ford Dealer in 1985. Bronco odometer now near 114,500 miles.
The coolest Silver an Blue 78 bronco . One of the 1st and only models sold by Ford that was converted inside like a van conversion and in great shape.
I am original owner, kept in heated garages since 1990. Motor has low miles. Only took it out once a year to get emissions test since 1990
This is well preserved including wheel wells and floors are great as it was heavily rust proofed, and any rust in painted areas that started back in 80s was coated with a chemical that stops rust, so most spots you see are the dark chemical, or primer, or some newer surface rust.
Never raised it up so it fit in garage, never plowed, never off road, never towed anything, never raced, no serious accidents, had replaced the drivers door outer panel only when 3 MOS new, and it has a light lower scuff near bottom of passenger door, as shown never repaired any other body parts, all original and no Bondo.
Bronco has 4wd, rear cab removable, rear spare tire carrier, decent 31x11-50 15 tires on American rims, 3 newer 2 older need paint or replace, cruise control, wiper delay, fog lights, siren and alarm (missing key). Replaced rear end seal and bearings last year, and replaced the master break cylinder few years back. Replaced wiper tray. Have 2 new rear door tip stop straps not installed yet. Have a center cooler not mounted in as I removed it for easy access to rear, may need a new cooler top since I cannot find it yet, but I have extra matching material to use for a top from what used to be on rear seats, brakes look good. Has AC worked fine last time tried, newer battery. Has power rear window, automatic Trans, CB radio built in, stereo cassette player two sun roofs.
Could use paint job or for partial areas, has minimal paint surface rust. Has only one small rust thru hole un-seeable behind back bumper on end of rear quarter panel U cannot see easily, has rear door at very bottom only thicker rust, that can be cut out or gone over. Underneath truck has very minor surface only rust here an there. Has minor scuff dent on right under door an partial R rear fender. Has Trans leak. Has two sun roofs pop up need seal and new tint.
Told you what I know. You are welcome to have it all inspected prior to purchase, plus do a compression test on motor, I am sure it would be great with low miles. Have not had a tune it up, but seems to run fine without missing, been sitting in heated garages since 1990 and taken out only for emissions once per year, and no longer required as it became antique status, always started right up with a charge, added stable to gas to prevent lacquer. Stopped driving it after purchase of my new car in March of 1990. I had it as original owner since 78. 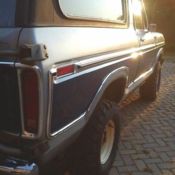 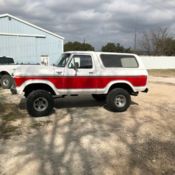 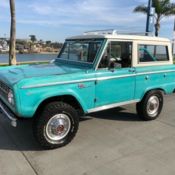 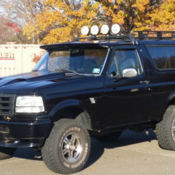 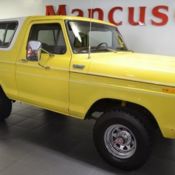 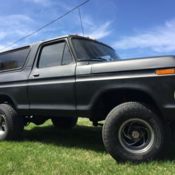 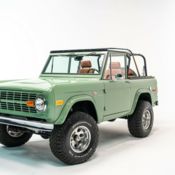 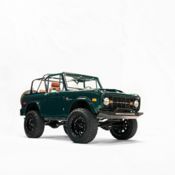 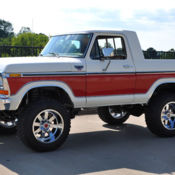 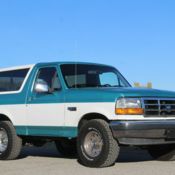