1937 Ford Cabriole, LOS ANGELES, CA California Cadillac & Collectibles Woodland Hills, LOS ANGELES, CA 91367 (818) 481-2200 1937 Ford Cabriolet This is a “one-off” German bodied Ford, redesigned by Steve’s Auto Restorations in Portland Oregon and recreated into an elegant “one of a kind” streetrod consuming some 15,000 man hours to build. Over $860K was invested in this designer oriented creation. It is truly a “one of a kind”. This Roadster d’ Elegance winner began life as an original Karl Deutsch from Koeln, custom coachbuilt 1937 Ford Cabriolet. A 1937 Ford chassis was first shipped to Grue & Company, a Ford dealership in Copenhagen, then sent on to Deutsch for a custom, one only body. SAR’s own David Brost penned an elegant redesign with a European flavor and style taking special care to preserve the uniqueness of the rare Ford. Extensive sheet-metal fabrication was required in the build, and very little of the original body remains such as the rear fenders, the top of the hood, the top reveal lines of the body and the upper portions of the doors. The curvaceous new body lines are accentuated by the hand-formed brass trim and grille all fabricated “in house”. The lift off top was made out of aluminum.The luxurious interior was done in hand picked elegantly rich furniture grade leather. The front seats were originally Lexus seats and the rear seats were fabricated and formed in the vehicle. A matching leather covered chrome steering wheel tops off a chrome steering column. There is a hand formed and painted steel console that runs from the dash on through the interior into the back seat area. The original German gauges were upgraded to 12 volts with modern components to marry up to the 514 CI Ford engine. The gauge faces still maintain the original German script relating to the function of each gauge. A center mounted tachometer and a glove box clock were fabricated and screened faces were made to match the gauge faces in the instrument cluster, again in German script. The gauge cluster surround, the top center of the console, and the glove box door are painted in a faux “mother of pearl” reminiscent of that touch adorned on mid 30’s Mercedes cars, thus maintaining that touch of European flavor and heritage. Art deco speaker pods mount on the rear deck behind the rear seats. The headliner in the lift off aluminum top is done in ultra suede with a classy art deco rear dome light above the rear window. The console sports a chrome shifter that matches all of the other chrome trim pieces on the interior, which were totally hand formed from brass stock. The interior is air conditioned. The car has an automatic transmission and a 9? Ford center section in an independent rear end. The entire chassis is fabricated new with Kugel independent suspension front and rear. All trim on the body was hand formed from brass stock then chrome plated. Stylish chrome inserts in the reverse fender reveals mimic the type of trim used on Mercedes of the 1930’s. The extensive chrome trim on the outer edge of the aluminum top has a ghost of an image detail in their shape to vaguely represent a landau bar configuration. 80% of the body is new hand formed sheet metal to a designers layout. The belt line reveal area around the body, the hood, and the rear fenders maintain some of the original sheet metal. The headlights on the front fenders are of the 1937 vintage but have 1938 lenses that have been shaved down and used in place of the ‘37s. Tail lights are 1939 Lincoln Zephyr’s. The aluminum lift off top was shaped on a Yoder power hammer as a two man operation. The chassis was also designed and built in-house and features independent front and rear suspension and a 514 Ford SVO engine riding on 17's and 20's. The entire car was built at SAR and in only 15 months. This car has been shown only a limited number of times but has received top honors every time. The car is as fresh and perfect as the day it was built and drives like a dream. You can purchase this car for a lot less than the cost to build it. $860k
Build Photos from the beginning :http://www.realsteel.com/projects/baron-von-kuhl Address:
Woodland Hills
LOS ANGELES, CA 91367
View Map 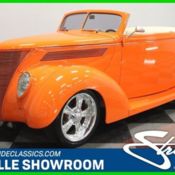 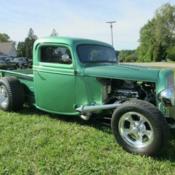 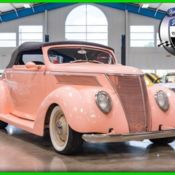 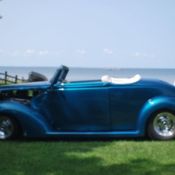 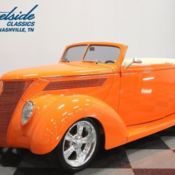 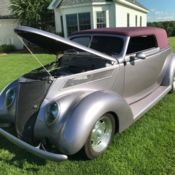 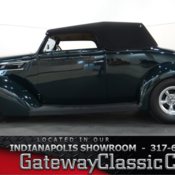 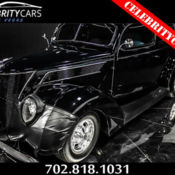 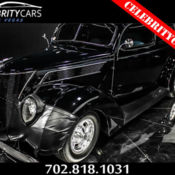 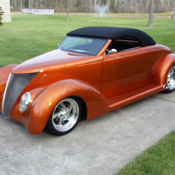