Up for auction here is a 1990 Ford Super Duty truck with a naturally aspirated 7.3 liter diesel engine. It has only 150,725 original miles on it. The truck was called a Custom Super Duty back in 1990, which I was told was equivalent to an F-450 in one of today's trucks. It starts and runs great, and shifts through the gears as it should. It's just a really solid truck! I was told that the automatic transmission, which has an overdrive in it,has a little over 10,000 miles on it and the owner paid around $6000 for a super heavy-duty rebuild.I was not sure I believed that it could cost that much until I did some research and found out that you could in fact spend that much for one of these transmissions if you wanted a super heavy-duty rebuild.

The engine was running for most of the photos shown in this auction, and it was not warmed up yet, so as you can see, the engine burns clean. If you are familiar with these trucks, then you know that they will go for many hundreds of thousands of miles, so 150,725 miles is low for a truck this age. (If treated well with proper maintenance etc., this truck should have hundreds of thousands of miles left in it. I personally know some guys who have well over Â½ a million miles on these engines in these trucks.) It has the optional chrome wheels (not hubcaps) on it, and a custom-built retractable gooseneck hitch. Even the radio works well! I was told that it had some new brake components installed on the back less than 1000 miles ago, and the brake pads and rotors on the back do look almost like new, so I guess they also have very low miles on them as well.

I was going to put a utility box on it, but then realized that I didn't need a truck this big, so now I am selling it. It is an incredibly stout truck with a huge rear end, 10 lug wheels, a driveline drum emergency brake, etc. It's built more like a big 2-ton truck than a pickup! It took me a long time to find this early of a model truck that is easy to work on and in this nice of condition, so I really hate to let it go, but it just doesn't make sense for me to keep it. It's ready to go for your utility, flat, or dump bed, or whatever you want to put on it. If you have any questions, please let me know. I have a clear title for it in my name, and I will need a $200 deposit received within 24 hours after close of the auction, and the balance paid and the truck picked up within 3 weeks. Thanks for viewing this auction! 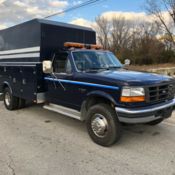 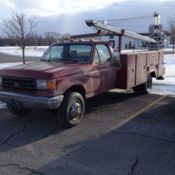 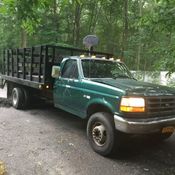 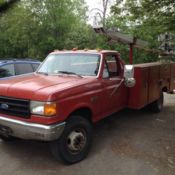 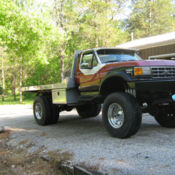 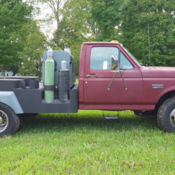 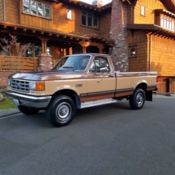 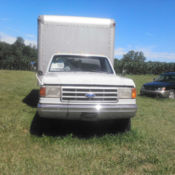 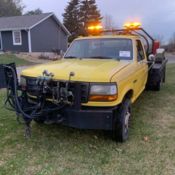 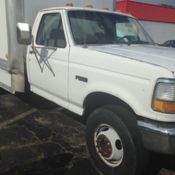