"R" CODE ULTRA RARE 1969 MUSTANG MACH 1 SUPER COBRA JET DRAG PACK "W' CODE GEARS 4.33 This is a very rare 1969 Mustang Mach 1 "R" code "Super Cobra Jet" "W" code Drag pack 4.33:1 factory gears! In 1969 Ford produced nearly 300,000 Mustangs with only 1046 (courtesy of ao Marti Works) of them being the lucky recipient of a "Super Cobra Jet" with "W" code 4.33 drag pack gears. This car was produced for one thing and that was to drag race on the street or the strip! This Mustang has received a full rotisserie restoration and the pictures will show the details, but do not do it do the justice as if seen in person. The 428 SCJ was first introduced during the 1969 model year. Mustang buyers who selected optional 3.91:1 or 4.33:1 rear end gears ratios got more then an optional axle ratio! Ordering either of these axle options commonly triggered a few other upgrades as well, including the 428 Super Cobra Jet engine, an external oil cooler mounted in front of the radiator, and relocation ofthe driver's side horn to the passengers side of the radiator core support to make room for the oil cooler. The basic strength of the Super Cobra Jet engine is in a more durable reciprocating assembly (crank,rods, pistons, wrist pins, flywheel/flex plate,and harmonic balancer) that was designed to withstand the higher RPM requirements of drag racing. For example, the SCJ used race-proven 427 "Lemans" capscrew connecting rods with shorter bolt heads, whereas the standard CJ rod used a more common press-fit bolt and nut to retain the rod cap. The SCJ timing pointer is slightly longer to clear the large harmonic balancer. Starting in February 1969 this complete package could be ordered as the "Drag Pack" option. The only way to get a SCJ in your Mustang was to order the optional 3.91:1 or 4.33:1 rear end gear ratios. This SCJ Mustang was produced on 01/21/1969 in San Jose California with serial number 133337. This is a rare opportunity to own a piece of true Ford Racing History, and especially a SCJ in this condition! Call 314-346-6039 to purchase or with any questions 314-346-6039 There is a link above to "JJ" "BEST" Bank for all of your financing needs or call 1-800-872-1965 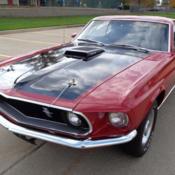 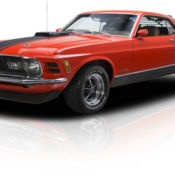 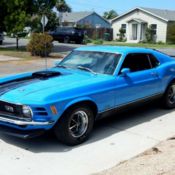 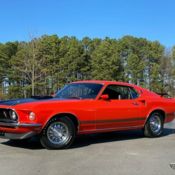 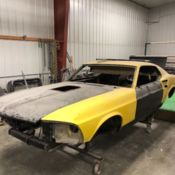 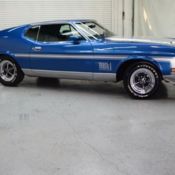 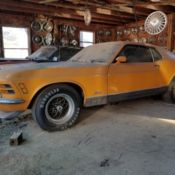 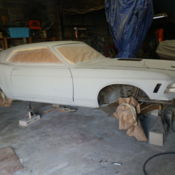 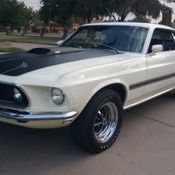