1979 Ford F-350 4x4 with the Snowfighter package and 50,900 miles. Ford designed it to handle a snow plow by installing a Dana 60 high pinion axle with kingpins up front and a Dana 60 rear. Gear ratio is 3.54. The front hubs have been upgraded to Mile Marker 1/4 turn hubs. The f350 is the strongest design ford had so if you plans on making a high performance lifted or mud truck this is the truck for you. This truck was purchased in Ontario Oregon by an older gentleman who used it to elk hunt and cut fire wood. When he passed his nephew inherited it and sold it to me. It has always been a great running truck. This is a NON ac cab. Non ac is good if you plan on a 460/429 engine swap because the valve covers will have clearance.
4 videos posted on YouTubehttps://youtu.be/7lTuta7z6t8The title is; 1979 f350 4x4 std cab manual part 1-4
I just changed the motor oil and filter. Drained and re-bled the brakes. Changed the transmission and transfer case fluid. Front and rear ends have 1year old fluid. Replaced the air filter and fuel pump. The only mechanical issue is a heater core that is leaking a little.
All doors, windows, locks, heater, lights, wipers, and radio work.
No rust anywhere!!!! Even underneath, I have many more pictures if you request them. The body is not smooth. The metal is good, but with the hunting and wood cutting it did the body has a lot of little dents. It has been repainted at some time by a novice, and it looks like it. If you want to repaint it perfectly plan on a bed, tailgate, and a door. The windshield is cracked badly and can be replaced for $300. I planned on replacing it when I did the body work.
The engine is a 400 modified from a school bus. The original 400m was replaced about 5,000 miles ago. It's stock horsepower with a carter 4 barrel. The engine is backed by a T18 transmission and a 205 married transfer case. I have spare front and rear drivelines, and a spare axle shaft for the rear Dana 60. It has 2 gas tanks under the bed and the electric fuel tank switch works great.
If you want to make it an automatic, for another $400 I have an extra C6 transmission that is 4wd with a 205 transfer case attached and cross member(I got the cross member, but can't remember if they are the same or not) condition unknown, sold as rebuilders.
The truck is sold as is where is, no warranty suggested or implied.
It is in Madras Oregon 97741 but if you are shipping it I can reposition it Oregon City Oregon if needed for easier pickup.
Warn winch super swamped bogger 20 35 44 stihl f250 f150 1978 1977 1976 1975 1974 1973 1972 crew cab crewcab lift nitto toyo 72 73 74 75 76 77 78 79 ranger trim drive line Chevy dodge 1500 2500 3500 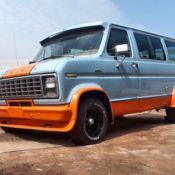 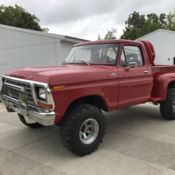 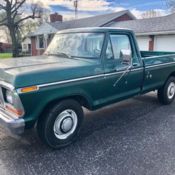 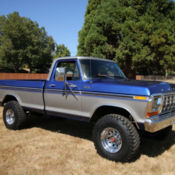 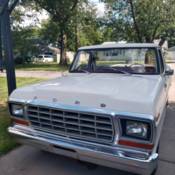 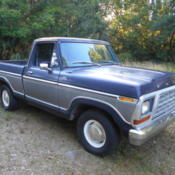 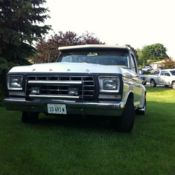 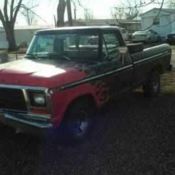 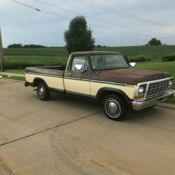 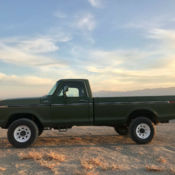