This car has been located in Oklahoma since new, all of the owners have been family except for me.

Original miles is correct, one look at the car and a test drive you will agree (if not look at Carfax)

The A/C system has been converted to 134a

The leather seats are new factory EOM which cost $1,500 to recover

Gas gauge does not work, I have not looked into why, I just reset trip odometer when refueling

Outside of the car is an 8 out of 10. Paint shines well

The original top does have a small "hickey" about the size of a half dollar coin in the top corner.

The car shifts very well and will move down the road nicely and hasvery tight steering.

I have this car priced to sell, I have been following other ebay listings for this same model over the past several months. I promise there has only been one car listed on ebay that is close to this one.


Source CJ Pony Parts
The story behind the 7 Up Mustang is one of the more bizarre bits of Mustang history, which is saying something given the wide range of characters who have been involved in the nameplate’s development over the years. Initially, only 30 7-Up Mustangs were meant to be produced — the namesake soft drink company had planned to give them away at the 1990 NCAA basketball finals. The pitch was simple: sink a ball from center court, and you could drive home one of the extremely limited-edition cars that night. For reasons unknown, the 7 Up contest was cancelled at the last minute. Although only two of the planned 30 cars had been produced, Ford decided to rebrand the cars, bump up production to 5,000 units and offer them as a special edition and unofficial commemoration the car’s 25th anniversary. The 7 Up Mustangs were LX convertibles equipped with the famous Fox body era 5.0L V8 engine, delivering around 255 horsepower. All cars were painted with Ford’s distinctive Deep Emerald Green clear coat metallic paint and featured a white leather interior and a white convertible top. Front fascia, outside mirrors and body side moldings were painted to match the green exterior. Every 7 Up edition Mustang also got the GT’s 15-inch aluminum rims and a special-value package consisting of cruise control, A/C and a premium sound system with AM/FM radio and a cassette player, which this Mustang has.
On Sep-29-16 at 13:13:44 PDT, seller added the following information:

I also have a customer fitted car cover that is included 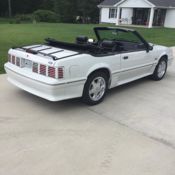 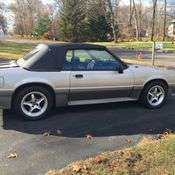 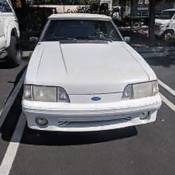 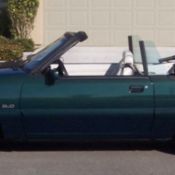 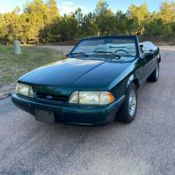 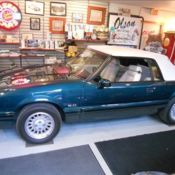 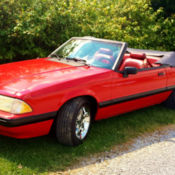 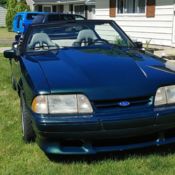 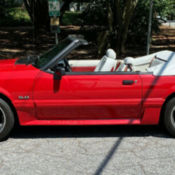 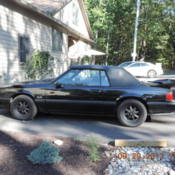