This car was stored for over 20 years..
Here's the story..as we know it..Car was bought new by an elderly gentleman, who really cared for the car, but rarely drove it..One day he was hit in the rear bumper by a person who had a pretty bad driving record, and stated if the police where to be called he would probably go to jail..So,,he struck a deal with the elderly gentleman to buy the car with the intentions of repairing the damage to the rear bumper himself..
Guess what? He put the car in storage, and never did the repair. The car came out of storage about 4 years ago in the same condition it went in...Complete with it's original bias belt wide oval tires, and spare which has never been used.
The repair was done professionally, and the car repainted..What you see under the hood, in the interior, and everywhere else is an original 11,000 mile Mustang...Matter of fact this car still has every belt, hose, even exhaust system that came with the car from the factory. The only thing that has been changed is the oil, points, and plugs..(original plugs still in a box in the trunk..
The car must be sold to make room,,,,drives like it did over 40 years ago, and is extremely tight, and is showroom ready. The original tires are in storage, and go with the car along with the original ford hubcaps that came with the car..Only three of the tires are still good as one is suspect. 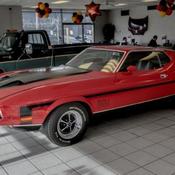 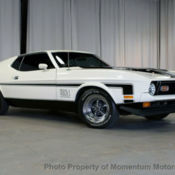 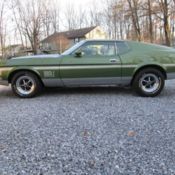 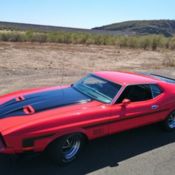 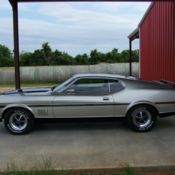 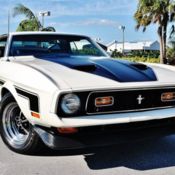 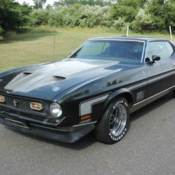 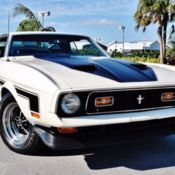 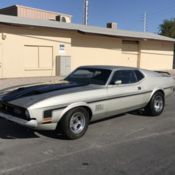 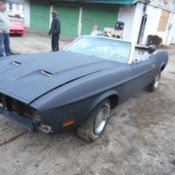