Do you like a car with a story? This Sedan even has a name. and this opportunity may not cross your path again in your lifetime. YESTERDAY. On July 4. 1930. A man named Emil. living in Union City. New Jersey. bought a 1930 Model Ford. 4 door Town Sedan. The Sedan was immediately named Henry. after Henry Ford. (The official purchase date shows July 5th. as the 4th was a holiday. ) The original color was a dark brown body- as is still the color of inside the motor compartment. and black trim (the fenders and top of the body) The bumpers were chrome. but were painted black when they started to pit. Henry is a 6 volt positive ground electrical system. The gas tank is behind the dash board. and gas is gravity fed. The chrome cap in front of the windshield is the gas cap. Due to the laws of the time. the car was kept in a heated garage- our ethylene glycol was not available at the time. Or if the car was on the street. it had to have a light - such as the two cowl and back lights- they had to be on all night. As this was the depression era. it was tough going and the family had to work extra jobs to pay for the garage. During the 1930's. the car was used for family outings. especially going to the beach. But more importanty. Henry was pressed into service transporting expecting mothers to Margaret Haag Hospital in Jersey City. Henry transported at least 5. perhaps more. anxious parents to deliver their babies. Henry was eventually ready for some paint. and was painted black. and was also red leaded under the fenders. Work was done on Henry at Goff's Garage in 1967. Receipt included in sale. Henry passed the New Jersey inspections with some minor changes. The headlights were changed to sealed beams. the back stop tail light was painted red to meet state inspection standards. In 1978. Henry received historic QQ plates. and has been kept in a garage ever since. AND TODAY. Henry has received a new battery. Gas from the '70s was disposed of. and his carburetor was cleaned. Henry does crank and sounds good for an old man. but does not fire. Original wrenches and crank that came with Henry come with the car. Several new parts including new handles. gasket kit for engine and other miscellaneus new parts are also included in the sale. It will take a special owner to keep the integrity of this classic alive. while giving Henry the resoration he deserves. ALL ORIGINAL 1930 PAPERWORK INCLUDING ORIGINAL SEALED BILL OF SALE FROM THE DEALER. IN ORIGINAL ENVELOPE WILL COME WITH THE CAR. For sale locally. 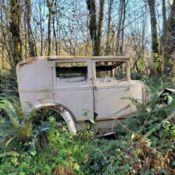 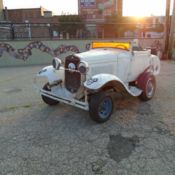 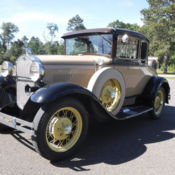 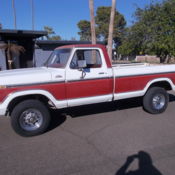 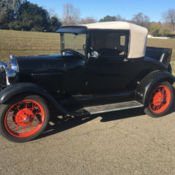 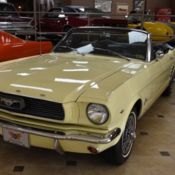 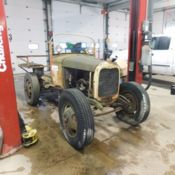 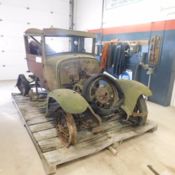 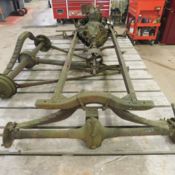 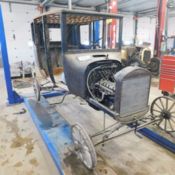