Bottom line: Last year I was in the market for a decent 78 or 79 Bronco. My only criteria was that it didn't have any major rust and could drive. I found this beauty (79) after a few months of looking. A little TLC and it was driving great but unfortunately my job leaves me on the road too much. I have only been home a total of one month out of the past nine and each trip leaves the Bronco sitting longer which is no good for it. It still needs a little TLC and my frequent trips leave it with small issues (dead batteries of course angry notes from my neighbor... or more recently some mystery starter issue). A little elbow grease or possibly a little money and you'll have a real mean truck here. Its immaculate on the inside engine is very strong looks great and I got a lot of compliments. I am not a car dealer I am not a mechanic just a guy who loves old trucks. I will try my best to give you the full history below.I bought it in 2014 from a guy who claims he was selling it for an older neighbor (in the countryside between Shenandoah mountains and DC). From what they told me it was well maintained and mostly garage kept for the better part of 20 years used mainly for plowing or work around the house. They only put on around 10k miles in that time .He also gave me a list with all of the work done to it up until about 7 years ago. I'll list that below along with what I started doing to it. Let me know if you have any questions.Has:-C6 transmission; 2003 C transfer case rebuilt-460 Lincoln engine (1978) (swapped in to replace factory engine.. doesn't get much bigger!)-4 barrel Holley carburetor-Trail Mark 4 ply TMR-11.50R15 tiresTimeline:1995- Bronco hitch; 79 Ford pickup hood1997- Master cylinder; power booster2000- Hagerstown spring works; new leaf added to rear springs; new rear yoke new slip yoke joint; CV joint; new between transfer case and rear differential 100 amp alternator2003- New mufflers and complete exhaust system; drivers side exhaust manifold; all new bolts studs installed; replaced new carburetor (Holley 4 barrel); new alternator P7705 and belt; new radiator; 4 wheel disc brake pads all replaced; C6 transmission/torgue C transfer case rebuilt; replaced left lower ball joint iner and outer bearings2004- Both rear wheels replaced bearings and seals; right rear rotor turned left caliper bleeder screw replaced2005- Exhaust manifold passenger side plained; new manifold gaskets; new bolts2006- New battery; regulator; regulator plug2007- New ignition switch; new neutral backup light switch; rear sway bar with two new brackets made; replaced top/bottom radiator hoses; 4.5' heater hose; wheel bearing seal (left rear wheel); new spare tire: Trail Buster 32x11.50R15--- (unsure of what work was done in this time I think the old man stopped keeping the list)---2014- I bought it; drove it home but noticed steering was sloppy. Installed new steering gearbox (still have old core in truck); steering stabilizer; ball joints radius arm and bushings; solenoid bought new battery; worked on cleaning up wires hoses under the hoodParts:Alternator: P7705-9; belt TOP COG V-Belt #15460Air filter: SA 324AFuel filter: #59644 wheel disc brake pads: 76-78 Lincoln art NAPA #TS 70381AStarter: #3152 premium; Advanced AutoBattery: #1024DT Battery Mart; plus I bought a second one in troubleshooting some stuff from Advanced AutoBrake caliper: #184034 Advanced AutoI tried to get pictures of the whole truck. Let me know if you want pictures of any other areas. I can also look up any parts numbers etc. that you may need.NOTE*** It WILL need shipped. Cost is on you but the price isn't bad (usually around 20-50 cents a mile based on some quick research). After my last work trip trip I haven't been able to get her started (past few weeks). Then the battery died while it was waiting for me to troubleshoot... AND then my company told me I will be leaving in two weeks gone for at least a month so here we are. I think the issue might just be a faulty wire when everything is working the car fires up fast and idles strong. Its a great car that needs someone with more time than I have to work out the few gremlins left.If you noticed any stains on the ground under it that was from when we replaced the transmission fluid. No leaks.I reserve the right sell locally and will cancel ad if that happens.THIS VEHICLE IS BEING SOLD AS-IS. It ran great for me until I ran into this recent mystery issue but I am not a mechanic and don't want to make any promises. 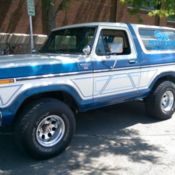 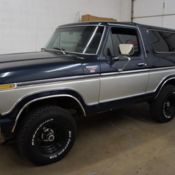 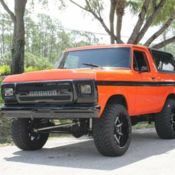 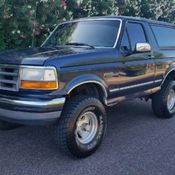 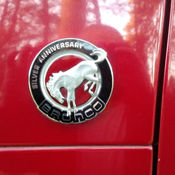 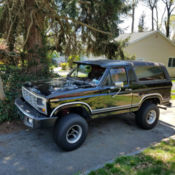 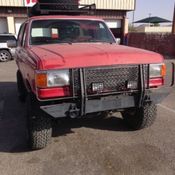 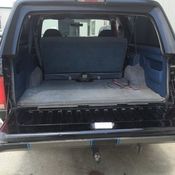 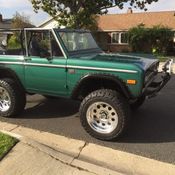 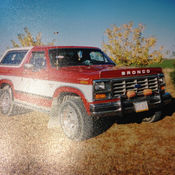