1986 Ferrari Testarossa "Flying Mirror" Early production Testarossa One-Owner 15,977 Original Miles! Fresh engine out service All books, keys, tools, docs, and the full luggage set Unveiled to the world the night before the opening of the 1984 Paris Motor Show at the famed Lido nightclub on the Champs-Ã‰lysÃ©es in Paris, the Ferrari Testarossa would become nothing short of legend. With a 0-60 mph time of just over five seconds and a top speed of near 180 mph, its performance and dramatic styling had enthusiasts falling... head over heels for Ferrari's newest flat-12 creation. It soon became the poster child for a generation with numerous appearances in movies, music videos, and television shows—most notably in a starring role in Miami Vice alongside Don Johnson and Philip Michael Thomas. The Testarossa offered here is a desirable early production example, with a single mirror on the driver's side, mounted high on the A-pillar—dubbed the "flying mirror" in Ferrari parlance, and widely considered more attractive than later versions. Believed to be one of the first US cars to be delivered in Europe to a US customer. The owner was told by Ferrari that they were testing the process on him to start the European delivery program. Sparingly driven from new the car just had a $13,000 engine out service and new tires at Ferrari Motor Service in Scottsdale, AZ. Testarossa's are exploding in value and are becoming more and more sought after by collectors and even more so the FLYING MIRROR version. Only 1497 Flying Mirror Testarossa were ever built and only 421 were made for the US market. This example shows only 15,997 original miles and has been delicately owned. Do not let this redhead get away. 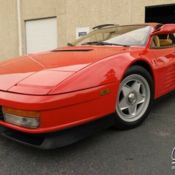 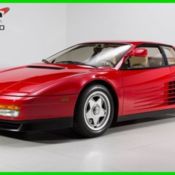 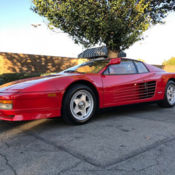 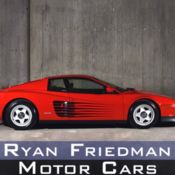 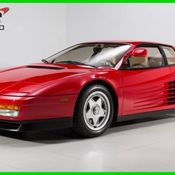 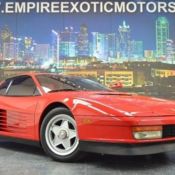 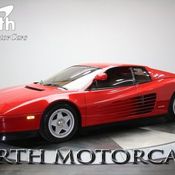 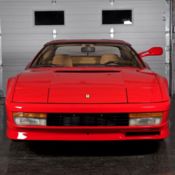 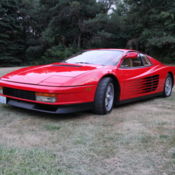 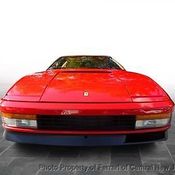