1959 Edsel Ranger 4 door sedan, original White and Redwood two tone paint. Has original 292 V8 Y Block engine. Car had 61,545 miles when I got it earlier this year. Engine has been overhauled, new rings, cam bearings, timing chain, and gaskets. That's all it needed. Runs good, goes 3000 miles per qt oil consumed. Has an earlier 3 speed manual transmission, with overdrive. The overdrive is probably toast, it made noises so I locked it out, and it kept going without making noise. Probably lost the planetaries? There is a spare transmission in the back seat, it's a T85 with the R11 overdrive, so it needs some driveshaft work to make it fit, but it is the best one there is. 3.55 geared nine inch rear, with new pinion seal, crush sleeve, O ring, and gear oil. It sings a little, but that's kind of normal on old cars, it should last a long time. Brakes have new rubber parts, still has some lining left on the shoes, they work as well as they every did, which is ok if you drive carefully. It's not a modern car, after all. Electrical system works well, we cleaned contacts and adjusted the voltage regulator. Starts every time. Battery was new in May 2016. Most of the lights work. The gauges work, although the gas gauge reads backwards. You get used to it quickly. New gas tank (for a Chevelle, which fits well), new fuel pump and filter, and the carb was rebuilt. The fuel pump seems to be leaking a little, though. The left front wheel bearing went out, and wore out the hub, but it still goes down the road ok. The hub needs to be replaced some time. The windshield wipers have been converted to electric, they work well.
This car competed in the inaugural 2016 LeMons Rally - Hell On Wheels. We drove it from Sierra Vista, AZ to Monterey, CA, over the Sierra Nevadas, then on to Fallon, Ely, and Las Vegas, NV, then to Death Valley, Bakersfield, Santa Cruz, and back to Monterey, CA. Then home, via Los Angeles. 3500 miles, and it missed a few licks, but got us home with fewer than $100 spent on parts to fix it.
This is an historic car, it's worth a lot of money, so I put a modest reserve on it (boy, it feels stupid to type that when talking about an Edsel). If you don't know the history of the Edsel, read up on them. Most of them seem to have been abandoned in the early 60s. It's hard to find one that you would feel comfortable getting in and driving on a wild trip like this. But this is that car. It goes down the road great, and you can fix the minor problems that crop up.
Since it's just an Edsel, I have plans to cut it up into a shortened roadster, if it doesn't sell for my exorbitant reserve (which is 5k). But I want to give everyone the one-time chance to own a (possible future) piece of automotive history! We got Third Place in the rally, and the highest non-miracle bonus score of all the cars, so it is really a true automotive LeMon. It just doesn't get any better than this. And there are more LeMons Rallys coming up, one in the East in February, and the west coast one next summer.
And if you are someone who doesn't get the Edsel joke, my apologies, I know we all have different views about cars. I love this particular stinking pile of Edsel, it got me home. But I'm kind of tired of it right this moment. It was a long week.
On Aug-23-16 at 06:54:29 PDT, seller added the following information:

I lowered the reserve, so be careful bidding...if you are high bidder and reserve is met, you bought it. 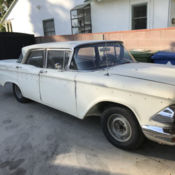 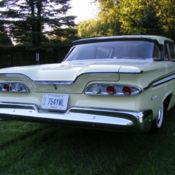 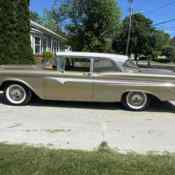 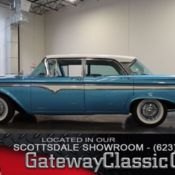 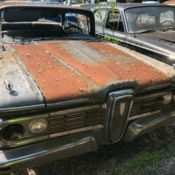 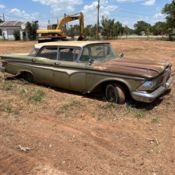 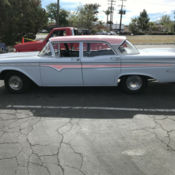 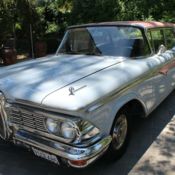 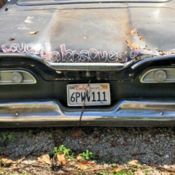 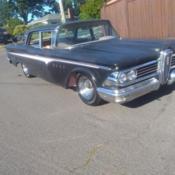