Up for auction is a pretty unusual find. The car has appeared in at least one magazine (1001Custom Car Ideas 1965)that I'm aware of. See the second to thelastpicture. The car's interior also appeared on the front cover of the same magazine, n color.A copy of the magazine will go with the car to the lucky new owner.

It's a 1960 Edsel Ranger show car that was built in the early 1960s by a gentleman named Doug Mattix and his father. The car is known as "Silver Cloud".The car did many shows in the North and Central TX area in the 60s and 70sbefore it fell into obscurity. The car has Barris badges, hich I believe were added by the second owner who also showed the car. I have ahand drawn show sign for the Silver Cloudthat George Barris signed. It will be included in the auction.There is nothing to prove this is a Barris car and several sources have verified that George Barris had nothing to do with the building of the car and likely Barrissigned the show sign when the Silver Cloud was on display. From the info I've been able to dig up, he second owner put thecar into storage and it was latersold at auction in 2011. It appears after that the car might have passed through several owners via private sale. I stumbled upon the car purely by accident in September of 2015 when it appeared on the side of the road with a for sale sign. From what I've heard speaking to other car guys in the area, he carhas reappeared inthe past couple years at a car show here and there.

Now for morespecifics about the car.

The car was born in Louisville, Y and is production number 702096. ThisRanger 2dr sedan is one of 777 built. It had a base price of $2,643. It originally had a 292ci V8 putting out 185hp. It currently has a 331ci. non-cast bell housing V8topped with a chromeWeiand Tri-Power intake, hich is pretty rare in itself. The lastWieand HEMItri-power intakeI saw, n worse condition,sold for almost $2k.The intake is topped with three chrome Rochester 3G cabs. It's currently only running off the center 3GC carb. Theexterior was covered, rom the factory, n Black Velvet paint. That paint is still there, ut is covered in a reported 30 gallons of lacquer.The lacquer has seen better days. As you can see from the images, he paint is checking, racking and has flaked off in some places. The previous owner left the car outside much of the time. Unfortunately, haven't been much kinder to the car. However, have kept the car under a car cover and on jack stands since I brought it home.The top is really unique. It's almost a rubber/vinyl combo with a really visuallyappealing texture. Please note the car has custom tail lights and custom Chrysler Imperial headlamps. Pretty cool. The interior was originally silver vinyl and black pebble cloth. The current interior is full custom and has remained the same since the early 60s. The interior is from a T-Bird and featuresa custom dash,Stewart Warnergauges, eadliner, oor panels,bucket seats front and rear, ustom console stretching front to rear,and shag carpet. The interior appointments continue into the trunk. I believe the car is still running the stock 3spd. standard transmission w/o Overdrive and 3:56.1 rear gears. The exhaust on the car is a real hack job and will need to be completely redone from the exhaust manifolds to mufflers. The car has some surface rust associated with the paint degradation, ut there is no body rot. The chrome and stainless is not perfect and could use restoration as there is pitting. The 15" Chryslerspoke wheels also have pitting and some dings in the rim edge and two center caps are missing.The tires are old Goodyear Double Eagles. They need to be replaced badly.

The car runs and drives, ut not great. I would highly recommend trailering the car.I haven't touched or modifieda single thing on the car since I purchased it. The car shows 11,488 miles on the SW odometer. I believe the actual mileage on the car is probably closer to 20k miles, ut who knows as the original gauges are long gone. However, f you take into account that the car was modified and builtin the early 60s, he actual mileage probablyisn'ttoo far over what the SW odometer is showing.

It saddens me to sell the car, ut I don't have too many other projects in the works. My wish is that the car willsell to someone who will preserveor restore the car to it's previous glory.Winning bidder must make a $500non-refundable deposit within 24 hours of auction end. The car will be available for pickup anytime after January 21, 016.

Thanks for looking and good luck. 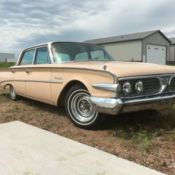 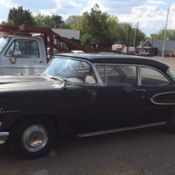 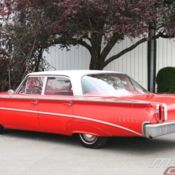 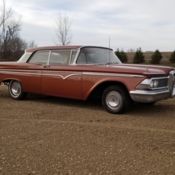 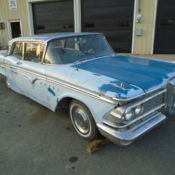 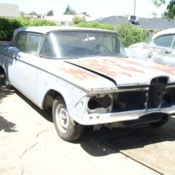 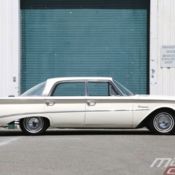 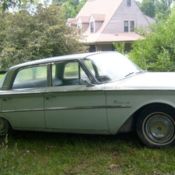 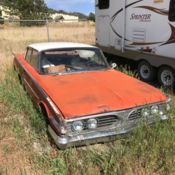 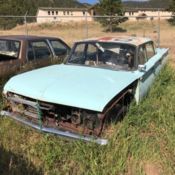