You are looking at a truly unique 1973 Dodge Charger. This was a customer ordered car, which meansit was made with the options / combinations the customer wanted. (to a point,more later). One of the things thatmakes this car unique is the Ralleye Package in combination with SE trim in TX9Black. This combination could be a 1 of1. With the 4-Speed manual it iscertainly low number car. The Vin asassigned (WH23P3) indicates it is 1 of 396 4-speed cars made in 1973. Considering it has an SE appearance (WP29P3SE Vin) it could be 1 of 271 4-speed cars made in SE configuration.

This car is a survivor and as I know it, I am the 3rdowner. It is mostly original. The second owner had the car re-painted inthe early 2000s and at that time, no one was reproducing the rally stripes, sohe had a pair custom made as close to the original as possible. This car looks good for 20 some years oldpaint. I have the broadcast sheet forthis car and have meticulously decoded it and the fender tag. I have included the details below. This is a Lynch Road car, so from what Iunderstand the broadcast sheets and fender tags varied by plant and Lynch Roaddid not list every item on the sheet/tag, just the exceptions to what aâ€œstandardâ€ car would be.

This beautiful Dodge Charger rolled off the assembly line on5/1/1973 at 6:47 in the morning. Itbegan its life with a 400 high performance engine. I was told the original owner wanted a 440manual with A/C and he could not order that combination, but he could get the400 with that combination. As acondition of the sale, the selling dealer installed the 440 six-pack before theoriginal owner took delivery. I have no way of verifying this, buteverything else on the car has checked out according to the broadcast sheet andfender tag. The 440 block has a 1968date code, so based on that date, the 440 engine was manufactured before 1973and is one of the â€œhigh horsepower blocksâ€.The second owner installed the CD player/speakers and theheaders/exhaust. Maintenance and aftermarket items were installed over the years.This includes wheels/tires, shocks, coil / wires. I have replaced the clutch and front shocks.Other than the engine, paint and the items I have noted; this car is as it was ordered back in1973. As far as I know, everything is originalunless noted.

This car is not perfect, but what almost 50 year old caris? Under my ownership, I elected tokeep it original. As you can see fromthe pics, the driverâ€™s seat has a split seem.There is a small mouse hole in the headliner by the shoulder belt. This beautiful Charger has just over 55,000miles on the odometer. I have owned itsince 2007 and it has won many trophies over the years. 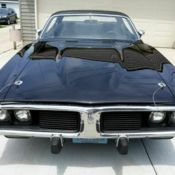 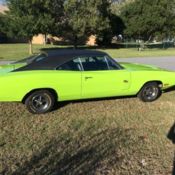 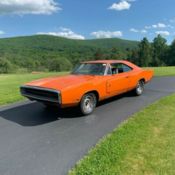 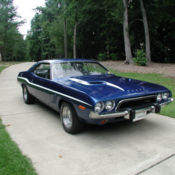 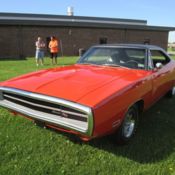 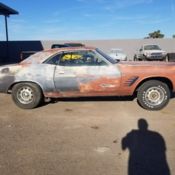 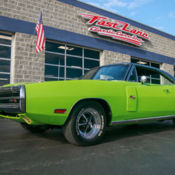 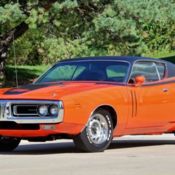 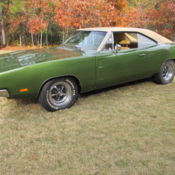 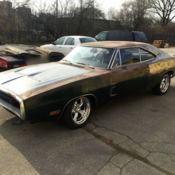