GR Auto Gallery is pleased to present this immaculate 1969 Dodge Charger R/T. This stunning vehicle comes in the iconic plum crazy purple paint job complemented by a white vinyl top and matching interior. Both the top and interior are in spectacular condition. Powering the Mopar is the highly sought after 440 cubic inch Hemi V8 motor mated a 727 automatic transmission. Features of the Charger include power steering, power brakes, functional heat and more. This vehicle comes to us from an elite private collection. As such it has always been properly maintained and stored. Additionally, a full frame off restoration is believed to have been completed in the early 2000s by the previous owner. Based on the excellent condition of the vehicle, this appears to be true. The Dodge Charger is one of the most iconic vehicles to ever roll out of the motor city. So, if you have been in the market for a show stopping classic sure to turn heads, this is the car for you. Please call or email us today for more information.
The 1969 model year brought few modifications. Exterior changes included a new grille with a center divider and new longitudinal taillights, both designed by Harvey J. Winn. A new trim line called the Special Edition (SE) was added. This could be available by itself or together with the R/T, thus making an R/T-SE. The SE added leather inserts to the front seats only, chrome rocker moldings, a wood grain steering wheel, and wood grain inserts on the instrument panel. There were two different 383 engines available for the 1969 model year: 2-barrel and 4-barrel. The 2-barrel was rated at 290 hp. The four barrel engine was rated at 330 hp and was identified on the air cleaner as "383 / FOUR BARREL". In 1969 the B-series engines were all painted Chrysler Engine Turquoise with the exception of the 4-barrel 383 four speed and 440 Magnum engines which were painted Chrysler "High-Performance Orange". The television series The Dukes of Hazzard featured an orange 1969 Dodge Charger that was named The General Lee. "The General" sported the Confederate battle flag painted on the roof and the words "GENERAL LEE" over each door. The car performed spectacular jumps in almost every episode, and the show's popularity produced consumer interest in the car. 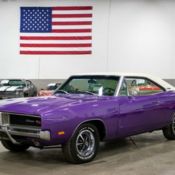 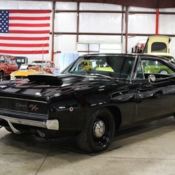 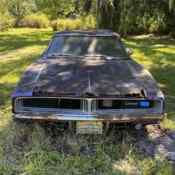 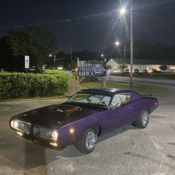 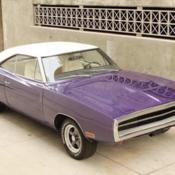 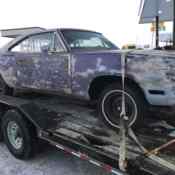 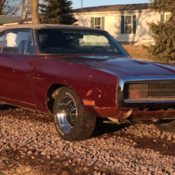 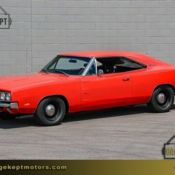 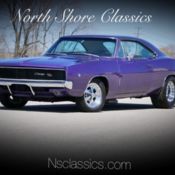 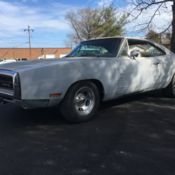