Another alternative to the Ford Model A has arrived at MotoeXotica Classic Cars. We are pleased to present this 1928 Dodge Victory Six Sedan. This model was treated to a frame-off restoration in early 1983 and has had the same loving Indiana owner for the past 36 years! Included with some fascinating photos from the previous owner of the vehicle in the early 1980's!

Finished in an eye-catching Viceroy Maroon over gray over red, the car's paint and trim are in overall very good order. Its bodywork is straight and solid, including the black, vinyl roof; the engine bay is very tidy; and the car's double bar chrome bumpers are in great shape. In the rear is a body-colored travel trunk.

This car rolls on Sears Allstate tires, size 4.75-5.50 x 19 at all four corners. Each tire is wrapped around a 12-spoke wooden wheel with a Dodge Brothers center cap. The tires are showing age while the wheels are in excellent shape.

Inside, the car's red and tan interior is in overall good condition. The tan cloth bench seats are in very good order while the floor has mats to protect the floor beneath. The headliner looks great while the four-spoke steering wheels has a wooden rim and lends authenticity to the vehicle. The odometer and fuel gauge are inoperable. The maroon, metal dashboard is in very good order while the inner door liners are in satisfactory shape. Under the dash is a gas-fired, Stewart Warner South Wind heater.

During the Dodge Brothers Incorporated's shift from the Dillon, Read & Co. to Walter P. Chrysler's new company, the Dodge Victory Six was the second car to make the move. It fit between the Senior Six and Fast Four at first but the Standard Six quickly replaced the Fast Four.

Victory Sixes had patented bodies from Edward G. Budd Manufacturing Company. The bodies had a prominent beltline, which encircled the car. These bodies claimed to have half as many parts as conventional car bodies, eliminating many joints and were reportedly stronger. The Victory Six was introduced to the world at the New York Auto Show on January 7, 1928 after going into production the previous November. These cars were reputed to be the fastest and smartest vehicles in their price class from an American automaker.

Documentation includes folder of restoration photos, during and after and a copy Cars + Parts article, "The Early Dodge Sixes, "? part II.

For early Mopar collectors, this car is quite a find and it wouldn't be a bad addition to anyone else's collection. To see it in person, please stop by MotoeXotica Classic Cars today!

This car is currently located at our facility in St. Louis, Missouri. Current mileage on the odometer shows 40,074 miles. It is sold as is, where is, on a clean and clear, mileage exempt title. GET OUT AND DRIVE!!! 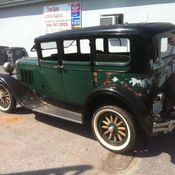 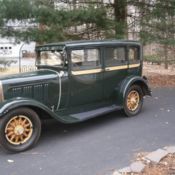 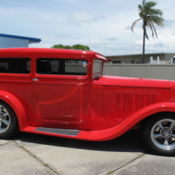 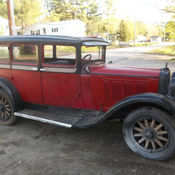 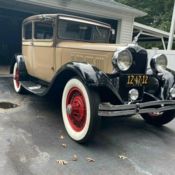 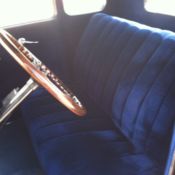 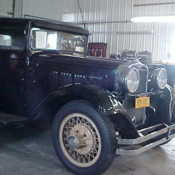 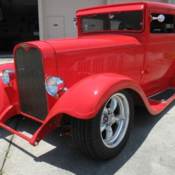 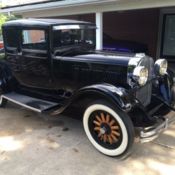 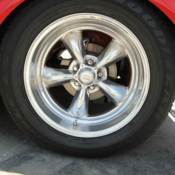