I have for sale a 1992 Dodge w250 inter cooledCummins turbo diesel 4x4. It has a 3 speed automatic, with overdrive.
96,xxx Original miles!
Zero rust!
This truck has lived it's entire life in California and Nevada. The truck has never towed heavy, as it has never had a fifth wheel put into the bed. The first owner used the truck to travel with a cab-over camper. He maintainedthe truck very well and did not put very many miles on it. As he grew older he began running the truck into things at low speeds, and his wife decided it would be best for him to stop driving the truck before he had a high-speed accident. His granddaughter suggested that they sell the truck, and she offered to do some body work for him. Unfortunately,as you can tell by the photos the bodywork did not turn out well at all. She used a slide hammer, spray paint, and some filler in an attempt to fix the damage, only making it worse. The truck received a new set of BFG A/T tires in 2011, along with fluid changes, a grease job, and some other maintenanceitems. The truck sat the majority of the time since 2011 and so the elderly couple ended up gifting the truck to a family friend in 2015, then sold the truck locally in 2017. I purchased the truck earlier this year. By looking at records the truck had only been driven about 2,500 miles between 2011 and today. I have put roughly 300 miles on the truck, and mechanically it is rock solid, with a few minor exceptions that I will note below. I have paperwork all the way back to the original owner, including factory manuals, and pre-deliveryinspection sheet. By running a vincheck it shows that the last time the odometer was recorded by the DMV was at roughly 70,000 miles in the early 2000's. Due to the nature of the truck having sat for much of this time, I would recommendthat the buyer replaces hoses, belts, and other wear items as it has likely been many years since these have been replaced. However, in the 300 miles that I have driven the truck, it has been issue free. You can set it on cruise at 70mph+ and it will roll smoothly down the freeway. The truck has ZERO blow by. It starts right up at theclick of the key, just at a 12 valve should.
Issues to note:- The truck will need a set of brakes. The brakes work, however, the rotors are warped and you can feel them causing a vibration when coming to a stop.- The tires are mildly too large for the truck, and they will rub when at full lock.- The seats are a tired set of aftermarket seats. This could either be fixed with a new set of seats, or with some nice seat covers, as they are still comfortable and work as they should, but the fabricis torn in places and the color is faded.- The body. Please see pictures for a description of the body. Nearly every panel is dented or has had sub-parbody work done on it. The bodywork is so bad that my recommendationwould be to purchase new panels, rather than attempt to fix the existing ones.- Minor issues with the interior, some holes in the dash down low where the original owner had mounted a CB, along with some cracked trim pieces here and there, and the headliner is beginning to sag. Overall I would put the interior at a 7/10
Other notes:I have the truck for sale locally so I reserve the right to end this listing at any time. I require a minimum of 10 feedback. If you do not meet this, please contact me before making an offer, or hitting buy it now. I require a deposit of $500 within 24 hours, and full payment within 72 hours.The truck is located in Reno, NV. It will be thebuyersresponsibility to arrange transport atbuyer'sexpense.If you have any other questions about the truck please don't hesitate to contact me, and Thank you for looking! 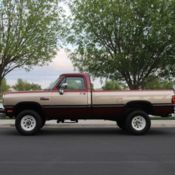 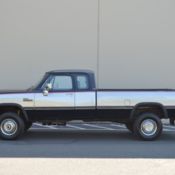 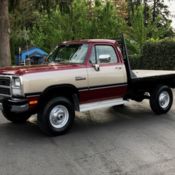 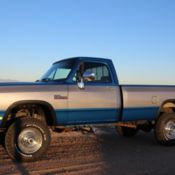 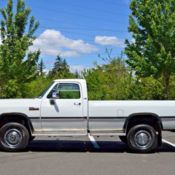 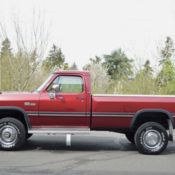 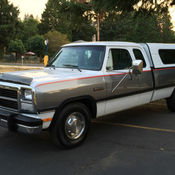 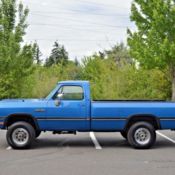 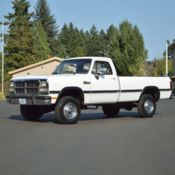 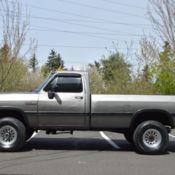