History:I'll assume you already know the general history of the famed Omni Goes Like Hell and get right to the specifics of this particular vehicle. I bought this rare bird in March 2015 with 61,127 miles from a guy in upstate NY that claimed to be in possession of the car for only 4 months, and I am pretty sure he never drove it. The car was in rough shape mechanically; it barely turned over due to a bad starter and blown alternator. Plus all 4 tires were mismatched, and the incorrect size for the car. It wouldn't boost, the door handles were broken, and brakes were completely seized. I suspect it had been parked around since late 2012, given that's the last time it was registered road legal before I got a hold of it. He claimed to have received it from someone who owned it for almost 10 years, and that the mileage is original. I have no way of proving this, but am telling you what he told me.
The only paperwork I received on the Omni was a service receipt from 3/16/2005 when the clutch and head gasket were replaced along with the oil pump. It was recorded as having 45,108 miles at that time. I also have a duplicate of the title from the State of New York. It was originally black, and was re sprayed in 2006 according to previous owner.
I basically brought this car back from the dead, and have taken it on a couple road trips around New England with no problems. Even had it in a local car show! It's been a pretty reliable vehicle overall, and I'm truly conflicted on whether or not to even sell it. One cannot over state how fun it is to rip around town in this thing, but I just don't drive it enough, and this car needs to be driven! Time for someone else to take the reins, and hopefully enjoy it for years to come.

The Good:Runs and Drives with no issues. Fire it up and drive away!- NEW water pump & belts, rear struts, front brake pads, rotors, calipers, brake lines, alternator, Shelby NOS performance starter, Falken 195/50R15 tires, turn switch, valve cover gasket, cam seal, external voltage regulator, battery.- Aftermarket Shift Linkage Upgrade by Great Lakes Hot Rod (plastic shift linkage connections replaced with steel quick connect fittings and spherical rod ends.)- Aftermarket Derale performance cooling fan (DER-16514).- Autometer Boost Gauge- Pioneer CD Player and rear 6x9 speakers. Front speakers are also aftermarket, although I do not recall the brand.- NOS Bosch fog light covers- I have receipts and service records for all the work done, except for the brake job.- Spare NOS ignition lock and door locks- Have 3 spare (working) door handles.- Never driven in winter since I owned it, and garage kept.- Aftermarket sunroof
- Nearly $5k in parts and labor over the past 3 years.
The Bad: You might want to park on a hill.- Currently has an issue starting. It will sometimes turnover and start no problem, and other times turning the key does nothing. Faulty ignition? Took it for a 30 minute spin today and the battery charged up (went dead from sitting in garage), so I don't think it's an issue with the charging system. The battery, alternator and voltage regulator are all less than 2 years old, so I have a hard time believing the problem lies there.- Rear driver side door will not open from the outside, but who cares? The back seats are basically useless in this thing anyways.
- Body does have some rust underneath with a few spots clearly visibly, although not much. Bones are still solid. See pictures. The paint is in decent shape overall considering how old the car is.
- Original floor boards rusted out and were repaired rather sloppily by someone. See pictures. Basically spray foam insulation around epoxy patching. This is a big reason I am selling the car because it will no longer pass inspection in the State of Vermont since tighter regulations have gone into effect. In states with tough vehicle inspection regulations, it will need to be properly welded with sheet metal in order to be considered road legal.
- Slight rip in driver side interior seat, and also slight rip in top of back seat cushion.
- Passenger side view mirror broken slightly. I have a brand new replacement part though.
- No A/C- No headliner- Broken glove box door. I have the door still and it can probably be repaired.
I'm happy to answer any questions you might have.Please message me through ebay and we can setup a phone call if you'd like. Will provide additional pictures on request.
Thank you for your interest! Make me an offer. 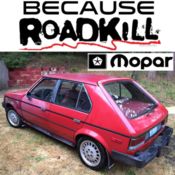 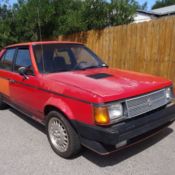 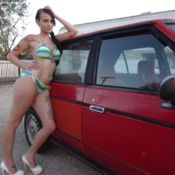 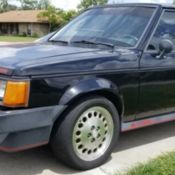 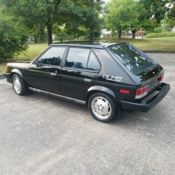 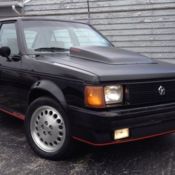 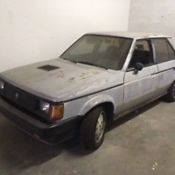 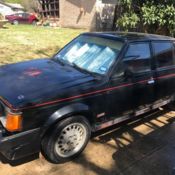 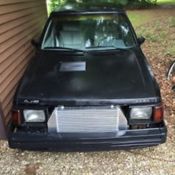 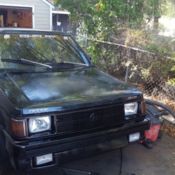