1970 Dodge Challenger R/T Convertible
This is a special car! It has had only one registered owner from new, is an unrestored all numbers matching Big Block 383 Magnum, 727 automatic transmission REAL R/T Convertible! It has never has had any rust ever and it is documented with its’ original window sticker, original dealer purchase invoice, original owners manual, Galen Govier paperwork, tons of registrations, receipts, inspection paperwork and more! It sold new in Texas and then spent most of its life in Mexico. Garaged and kept inside this car was protected from Mother Natures elements and still retains all of its original sheet metal, its original and perfect dash pad, its original convertible top and unbelievably it even has its original exhaust system! The car has never been taken apart and the engine and transmission have never been out of the car. It has only 86K original miles on it and the date coded original spark plug wires are still even on the car! There has been a quality repaint of its original color of EV2 Hemi Orange and it looks beautiful. Also included with the car is an original Mexican Newspaper from 1971 where the car was featured on the front page of the paper with professional golfer Lee Trevino riding in the back of the car in a parade celebrating Lees exceptional golf season that year! And interestingly, the original dealer invoice shows that the original owner traded a one year old 1969 Pontiac Firebird in on this Challenger R/T convertible when it was brand new.
This car came from the factory just the way you see it here. Special order high impact EV2 Hemi Orange with a White top, White R/T side Stripes and a Black and White interior. It is factory optioned with a Power Top, Rallye Gauges, Air Conditioning, Bucket seats, AM radio, Power Steering, Light Package, Chrome Racing mirror and more. It has a nearly new set of Goodyear Polyglas tires on it with the original Ralleye rims and the original space saver spare and jack are still in the trunk! All of the gauges work including the clock and the radio.
The original fender tag is in place along with all of the matching numbers stamped or showing on the cowl, radiator support, engine, transmission, drivers door VIN deca, the window sticker, the dealers invoice and the VIN tag. Dodge built a total of 83,032 Challengers in 1970. Only 1070 of those built were “R/T” convertibles. And only 516 of them built were 383 Magnum 727 automatic R/T converts!
It would be nearly impossible to find a better well kept original REAL R/T Challenger Convertible in one of the most desirable color combinations, fully documented and for it to be this 100% rock solid and rust free forever like this one! This is the FIRST year of the iconic Challenger and it was the ONLY year the factory offered an R/T in a Convertible! This is one of the most copied or cloned cars out there and you will find many fake ones converted to look like an R/T or have a Big Block installed to mimic the real thing…
This car IS the real thing!
Buy It Now is $69,900 / Make Offer / May consider your vehicle as partial payment / Delivery is available
*UPDATE* I showed the car at the "Land Of Lakes Muscle Car Classic" 31st annual car show in MN and took first place!
Contact Eric at 612-669-2277 or email me here on eBay 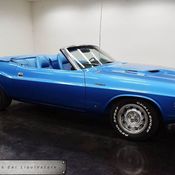 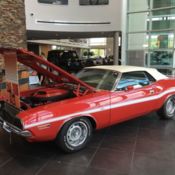 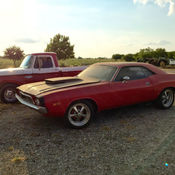 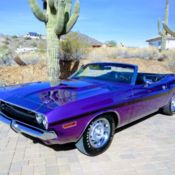 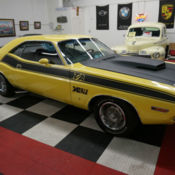 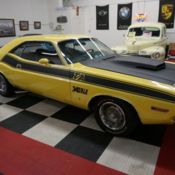 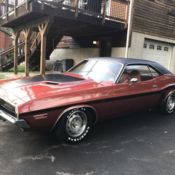 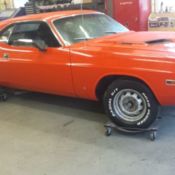 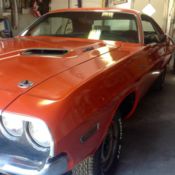 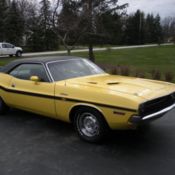