1967 Dodge Coronet RT 440 HP New 475 HP 440 Motor Immaculate
I am selling my 1967 Dodge Coronet RT. It is a genuine RT, not a clone. Started life in California in 1967 and stayed here until 2002 when it was sold to a Ney York buyer. I bought it in 2005 and have had it garaged since then. I have decoded the fender tag and the car remains pretty much as it was built, but the original vinyl top has been deleted when it was restored some 20 years ago.
Came from the factory with the 440 HP 4 bbl motor making 375 hp from the factory. It was well known they actually made well over 400 hp but were under-rated as most of the manufacturers were doing to meet DOT specs. Came with Deluxe Trim Package, Factory Air, Power Steering, Power Brakes, AM/FM Radio, 8-3/4 Sure Grip Posi Diff with 391 gears, Magnum 500 Wheels, 3 Speed 727 Torqueflite Auto Trans, Center Console, RT Badging and more. This was fully loaded from the factory.
When I bought it in 2005, the motor was tired. The car had been restored years earlier, but motor was untouched. I had a new 440 Wedge (properly date coded factory 440 block) built in 2007 by Performance Unlimited in Florida. Custom Built 475hp build with the following: Bored & Honed (cleaned up only), Decked, Reconditioned Rods and Crank, Clevite Bearings, Chrome Moly Pushrods, Melling Oil Pump, ARP Head Bolts, Forged 6 Pack Pistons (10:1 compression), Moly Rings, Single Plane Mopar Intake, Edelbrock Performer 84cc Aluminum Heads, Comp Cams 292H Magnum Cam, Hemi Pickup Tube, 7 Qt Oil Pan, TCI Torque Converter & Flex Plate (2800rpm stall), Holley 870cfm Street Avenger Carb, MSD Pro Billet Distributor, MSD 6AL-2 Ignition, 1 wire Powermaster Alternator, MSD Coil, Dougs Custom Ceramic Headers, and much more. This is a quality build. Not over built for street driving. Very streetable even with the big lopey cam. Built to be bulletproof. Really strong runner. Never been on dyno, but makes big reliable horsepower.
I spent over $9,000 on the motor build and that was 10 years ago. Had the motor built in 2007. Did not install it until 2009, when my son was old enough to help. When I installed the new motor, I also upgraded the front suspension and brakes. Wilwood calipers and rotors, Hotchkis Upper Control Arms, Sway Bar & Strut Rods. Hawk Ceramic Pads, New Brake Lines, and I completely rebuilt the rear brakes including new drums.
I installed the motor in 2009. The car has only been driven 1,080 miles since then. I rarely take it out of the garage. But it is always on a battery charger and starts perfectly always. Even when it sits for 6 months, it starts right away with just a few pumps of the gas pedal. Electric choke on the Holley carb works great. Odometer shows 78,870 and I thinks its real, but no way to actually tell.
I upgraded the A/C using a complete kit from Classic Auto Air, but I never charged the system. New Sanden Compressor, hoses, brackets, everything. The OEM Compressor is so heavy and giant that I could not bring myself to reinstall it. System is still uncharged, and I won't be doing it before selling the car. Installed a Be-Cool aluminum 2 row radiator, and dual electric fans that are thermostatically controlled.
Car runs fantastic. Trans shifts great, and very hard, just takes a minute to oil up when cold like most 727's do. Most everything works, but there are a few exceptions. I had an aftermarket stereo professionally installed by Al & Eds in Burbank. No Butchering. The head unit is mounted under dash in a plastic cradle that required only 2 small holes to be drilled under the dash. The original AM/FM radio is not connected. The A/C does not work because I never charged it. That is all the A/C needs. It is still wired to the factory dash switch.
Here is what I know it needs or could use attention: A/C Charged. Small drip from front trans seal (I did not rebuild the trans). Tires are probably 20 years old (absolutely no air loss, but they are very old). Wipers run a little slow like all old cars. There are some chips in the paint here and there. Small, happened just from storage for 12 years. The factory speedo needle jumps around some and likely needs a gear or cable. Not original black plates. They are new black plates.
Take a look at the photos. Come by and drive it. It is always registered and insured. I have a clean California title, lots of receipts, original owners manual, and a complete shop service manual. Also comes with: Original 440 motor (been sitting outside for 10 years), original A/C compressor, brackets and hoses, Original radiator. In case you wanted to put it back together to be stock.
Come Take a Look. No Foreign Buyers. Cash Only or Wire Transfer. Pick Up in Burbank CA. Text me for more info. Clean Clear California Title. Registration is Current.
Kirk 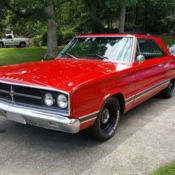 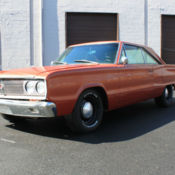 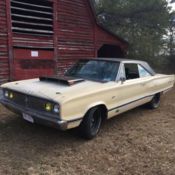 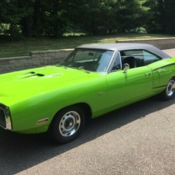 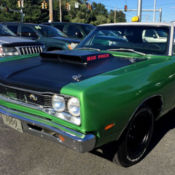 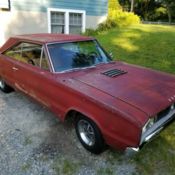 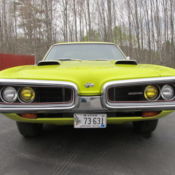 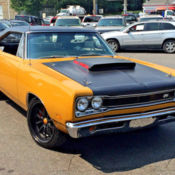 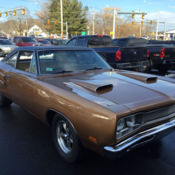 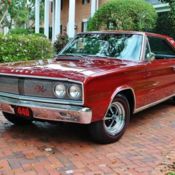