This is my California van. A friend of mine purchased it and a boat from the original owner in California where it was just used to tow the boat to the Ocean. After a couple of years my friend moved back to Indiana to care for his parents. He had no use for the van here, so he called me as I was the only vanner he knew here, and after seeing how clean it was I bought it. I took it to van shows all over the country for many years, until the trans went out. I purchased another trans, but never had help getting it in, and preferred to do it myself as every time I take something to a shop it comes back hafxxxed. so the replacement trans is sitting in the back. I gave this van to my Grandson Slo-Mo, who was going to repair it and go to shows, but he never did anything except remove the interior and have it repainted the same color it was, or close. This van is very solid, and has never been driven in the snow. The rust is very minimal (drivers side floor where your heel rests, and that's about it. No major dents, dings or scratches. The last time I tried to start it was this spring, it turned over, but was leaking gas under the carb. With a little T L C this could bring trophy's at any van show, and is just Great on the road. Old age is a Bixxx, but there's know way out of it. Besides I still have two other vans. and plan on doing more vanning. So I would like to see it go to another vanner, and see it on the road again. I do have all of the old panels from the inside for templates. So if your looking for a winter project, and years of fun vanning. This is the van for you. 2% FOREVER. 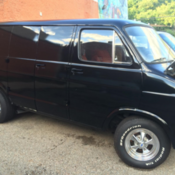 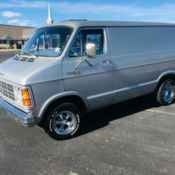 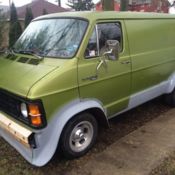 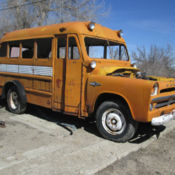 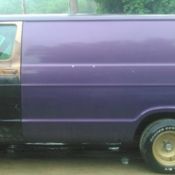 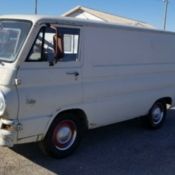 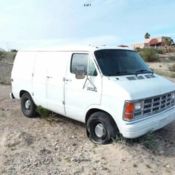 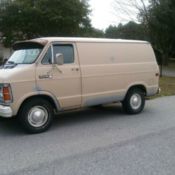 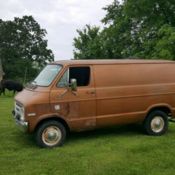 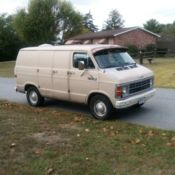