If you want to talk about the car, you can call or text me at 3one6-two50-8four9eight.

This is a real 1968 Charger R/T (XS29L VIN#) that came from the factory witha 375hp big block 440, 727 automatic transmission, and 3.23 gears. I bought it as a project but shortly after buying it, I found and bought a survivor Dodge Charger. Structurally this ’68 RT is extremely solid. As the pictures show, the front frame rails, rear frame rails, and torsion bar cross member are super solid. The rockers, inner fenders,and hood hinge areas are also very solid. The front floor pans have some small pinholes near the front of the pans (see pictures) but are structurally solid. The rear passenger side floor pan is rock solid; the driver's side rear passenger floor pan has some pinholes but is structurally solid. The trunk floor has some holes and will need patched or replaced. The rear window channel and lower corners needs patched or replaced; the quarter panel to roof seams will need patches. The car spent at least the last 35 years in San Antonio and was parked in the mid 1980’s. Before being parked, it saw some track duty, but it doesn’t seem to have been heavily modified; the frame rails were never modified or tied. The rear quarter panel lips were trimmed to accommodate wider tires, the heater box and dash wiring were removed (missing), and the firewall was covered with galvanized steel. I carefully drilled out the small rivets which held the galvanized steel to the firewall; the firewall was not rusty and had not been dented; the rivet holes will need filled. The car has a 30+ year old cheap repaint that has lots of orange peel/texture, but it seems to have done adecent job of sealing the car. The rear valanceleft corner/cap is dented and there is filler in the quarters. The fenders and doors all look solid. All the glass is there and uncracked. The instrument cluster is there, although I don't know the condition of each gauge. Some engine gauges were added where the radio (missing) used to be. The door panels/cards are present but will need refurbished. I do not have the seats, original engine, or transmission. When I bought the car, it did not have a rearend underneath it. I installed a bare B body housing under it, so it doesn’t have a differential.A big block 727 transmission and a mid 1970’s 440 engine (from oil pan up to intake manifold) are included. The 440 is still assembled and I can move the crank back and forth a bit, but it will need fully disassembled and rebuilt. The hood bracing/structure was removed from the hood by the previous owner (for weight reduction) so the hood will need replaced.The front grille/headlight assembly, hood/trunk hinges,and radiator are missing. There is a driveshaft in the trunk. I have all the 3 big rear window stainless trim pieces, but I do not have the 2 small lower corner pieces.

It’s a real 68 Charger R/T with solid frame rails/structure, making it a really solid starting point for a restoration. If you've ever repaired, rebuilt a car withrusted out frame rails or torsion bar crossmember, you know the value of a car with solid sub frames. If you have any questions, please ask. I have the car advertised locally.

I have a clean and clear Kansas title in my name.I have the fender tag but I do not have the broadcast sheet. Car must be picked up within 14 days of auction's end. I only accept cash. 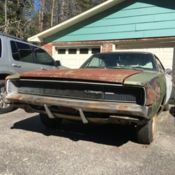 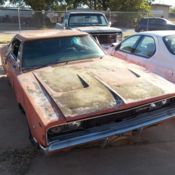 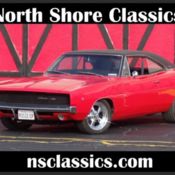 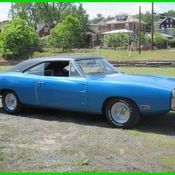 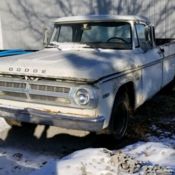 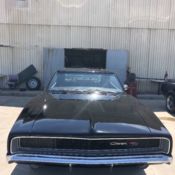 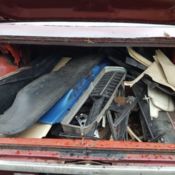 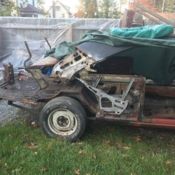 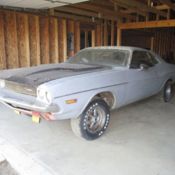 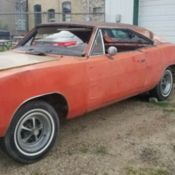