This auction is for an early1952M-37it has the raretriangle light switch instead of the normal oval one that they only did for the first half of 52. It has an extremely straight body for being unrestored and is very rust free compared to most I've seen. The floor under the seats could be replaced if you are restoring it but that's about it. The motor is missing a few major parts like the carb distributor and fuel pump. It has been sitting for awhile with these parts missing although rags were stuffed in the holes I would assume the motormay have somerust insidebutI haven'tconfirmed that. Parts for these are easy to come by and relatively cheap the parts pictured will be included with the truck and are most of the ones that you see missing I also have many other parts you may want to buy for it including troop seats top bows etc.If you plan on "repowering it" (Putting a different motor in)you won't find a bettertruck forthatseeing as there's little body or other mechanical work that needs to be done and a motor that will need a lot of work. As for the title it doesn't currently have one but is easy to get. These were never titled after their military serviceand I have had to get many titles before for military trucks. I even have a signed paper from the fire dept. it came from that I used to get title's to two other m-37's from the same FD. I also have a folder full of maintenance records the original discharge certificate from Camp Withycomby in Portland OR and even when they put fuel in it and how many miles it had at the time. History of the truck: This truck was built in the first half of 1952 for service in the Korean war. After its service it was sold to Mosier OR fire dept. for use fighting rural fires. If you have any questions please ask! Thanks for looking at your future M-37!! Happy bidding!!! 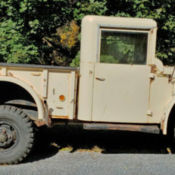 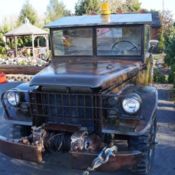 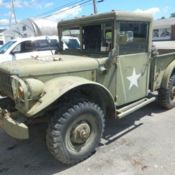 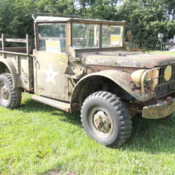 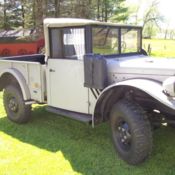 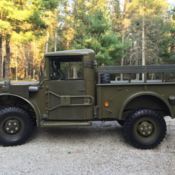 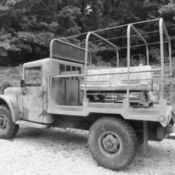 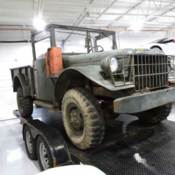 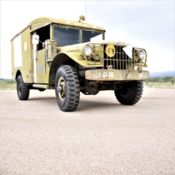 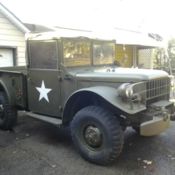