1991 Dodge Ram W-250 Cummins Turbo Diesel 4x4 with the Manual 5-Speed transmission that was rebuilt along with the clutch pack on 4/30/15 by the Bend Oregon Transmission Company while on a Pacific Northwest trip. 148,699 miles. The odometer quit for a short time in its later years when it was being driven very little. It is a fact that there are less than 175,000 miles on it. The odometer works fine now. It's a single cab West Coast truck since new. This truck comes with a 1988 Fiberglass BigFoot C95 camper. The truck and the camper were both bought brand new by one owner. This setup isn't some show quality shelf-queen rig. It was used like they were made to be used. Both truck and camper have lived in Southern California since day one.
This Dodge Cummins and Bigfoot were setup to go off grid on year long excursions down the Baja California Peninsula into Mexico. The pictures tell most of the story. The truck has been impeccably maintained since day one and runs as new. It has not once ever been in snow or salt so it's as solid as they come. It has never towed anything heavy or been overheated. Of course the body has normal dings and scratches but has never been in any accidents or anything silly. The only main damage is a dent in the front fender which I have included a picture of. The rust on the spot is obviously just surface rust and will come right off with some rubbing. The factory tail-gate is included and in great shape. There are numerous spots on the truck doors where things have been installed in the past. The front grill guard and bumper were custom made with a compartment that holds a Hi-Lift jack and tow straps/chains inside. There is also a bike rack that fits over the front of the grill guard. Nice heavy duty headlight covers and 2 big KC lights up front as well. There is an onboard air compressor and tank along with train horns.
Under the hood it has an exhaust break and radiator spray which is hooked up to the camper water source and controlled from the cab. A new injection pump was installed at 119,000 miles. It has a newer radiator and a Borgeson steering shaft. The very reputable E&C Spring Company just did $1600 worth of work rebuilding springs and putting in bushings and rub plates so you can haul as heavy as you'd ever need to. It's riding on brand new Monroe Gas shocks. It was a real Man's truck so the interior has been used as well and has numerous marks from gadgets being previously installed but nothing a dash cover couldn't take care of. There is an insulation under pad and heavy duty carpet on the floor to reduce noise along with both doors having insulation in them as well. Included is a Uniden CB radio with an outdoor PA Speaker and an Alpine stereo deck! Behind the seat a custom fabbed rack has been made to hold your essentials. The Bigfoot campers have always been hailed as the best and this one has been used and held up to the test. It is very far from mint but still usable. There are two spots where it is cracked but filled in with epoxy. It has an aftermarket A/C unit and a solar panel on top. Stove, sink, microwave, and shower. The original fridge quit so a nice aftermarket ENGEL fridge/freezer has been added. It has a rigged up outdoor awning that works nice and all four corner jacks are included. 2 propane bottles that are both full and ready to be used.
Im sorry but the truck and camper will not be separated. This package is located in Southern California and can be shipped anywhere you'd like. SOLD AS IS so please ask any and all questions before bidding so there aren't any surprises. This set up has been used guys but is still ready for whatever is thrown at it. Thank you very much. 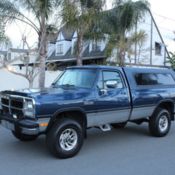 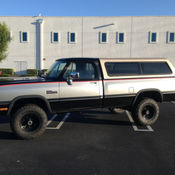 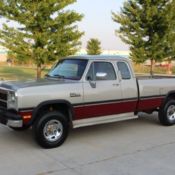 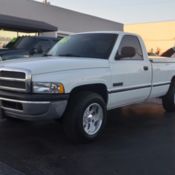 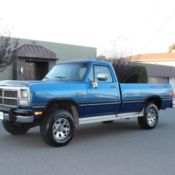 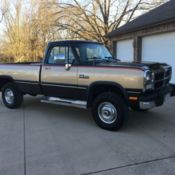 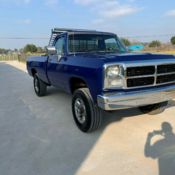 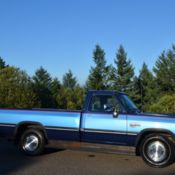 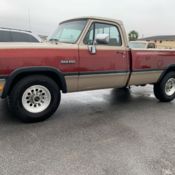 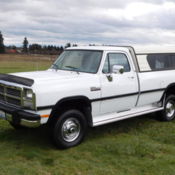