MOST OF OUR CARS END ON OFFERS SO CALL TODAY

SAVE US AS YOUR FAVORITES AND CHECK BACK DAILY FOR MORE CLASSICS!

EG Auctions.net is proud to present exclusively for sale this
1966 DODGE CORONET HEMI selling NO RESERVE!

Selling NO RESERVE!
Check out all the details and specifications on this Dodge Coronet Hemi and make your highest bid - this car will sell to the highest bidder.
1966 DODGE CORONET 500, 426 HEMI / 4-SPEED
Limited production 66' Dodge Coronet 500 equipped with its original 426 Hemi engine and 4-Speed transmission, along with its correct AA1 Silver Metallic / 708 code buffed paint, 306 code black vinyl top, and 48 code blue streak tires.
Production figures indicate that 204 of these were built with this drive train.
It is unknown how many were built with this body color / vinyl top combination.
Besides the standard Coronet 500 interior/exterior trim package, other documented options include power steering, AM radio w/rear speaker, front and rear bumper guards, left outside remote rear view mirror, tachometer and retractable seat belts.
Galen Govier recently completed a visual inspection verifying all of the above information.
His 50-page report will be included with the car documents.
History From Owner!
According to Chrysler Historical Services research, the car was built at the St. Louis assembly plant and shipped on March 23, 1966 to Auto Center Inc., a Chrysler dealer at the time in south Louisiana.
It is believed that it was eventually sold new at Clarence A. Guidry Motor Company in Houma, Louisiana ... apparently via dealer transfer.
In 1969, its first owner traded the car to Houma, Louisiana's Southland Dodge.
Shortly thereafter, Kenneth Wright (who is still available as an information source) bought it to drag race.
With limited success, a mechanical failure and unable to afford the repairs, Wright parked the car in a field where is sat for more than a decade with just over 15,000 actual miles on the odometer.
Remarkably during all of its racing activities, the car was never cut on or butchered, and retained all of its original driveline components.
In 1986 Mr. Wright again crossed paths with the owner of Southland Dodge and a discussion ensued concerning the car's status and whereabouts.
An hour or so later they struck a deal.
A visual inspection revealed damage typical of long-term sun exposure, but she was in overall remarkably good condition.
Once the car was returned to Houma it was placed into dry storage until February 1994 when I became directly involved.
Having had a long-term relationship with the owner and a known passion for rebuilding old Mopars, I was offered the opportunity to perform a complete restoration.
Approximately 2 years later, we made our first restored appearance at the 1995 Mopar Nationals where it was photographed and later featured in the December 1995 edition of Mopar Collector's Guide and the February/March 1997 edition of Muscle Car Review.
Since then the car has been in climate controlled storage and shown sparingly.
Then in late 2011, I was offered the opportunity to buy the car.
Restoration
The overall condition of the original sheet metal was impressive.
The trunk floor still wore its silver paint and the interior floor pans revealed only small splotches of surface rust in isolated areas.
The chassis was undercoated from the factory and did a superb job of protecting the floor pans, but there were still a couple of small areas that needed new metal.
Given its needs, we felt the most efficient and effective way to restore the body and properly treat the few repair areas was via complete chemical submersion.
Following the stripping treatment, the bare metal was phosphate coated and sprayed with epoxy metal etching primer.
Following the metal repairs and once all the body joints were sealed using the correct seam sealer, the doors, hood and deck lid were fitted before applying the final coat of Silver Metallic paint.
Legendary Auto Interiors supplied the soft parts and vinyl top with exception to the dash pad that was restored by Just Dashes.
Everything is new including the seat covers, seat foam (replaced May 2012), carpet, door panels (replaced with the correct patterned 500 panels May 2012), weather stripping and window whiskers.
All of the glass is original except for the windshield.
Two broadcast sheets were found; both in rough condition, but verifiable enough to serve as original documents.
Body Body number stampings at the radiator support and left rear bumper header match the fender tag and broadcast sheets.
These numbers also match the Chrysler Corporation Assembly Record Card used by the factory for assembly instructions.
I have photo copies of these from Chrysler Historical Services.
Detailed photos were taken throughout the restoration process to document the original condition of the sheet metal including the repaired areas.
Those areas were the front lower corners of both doors, the base of the driver's side "C" pillar and the extreme lower left quarter panel behind the wheel opening.
I can guarantee there to be less than two tablespoons of filler in this entire body.
All of the stainless, aluminum and chrome is original to the car and has been anodized, plated or polished to new appearance standards.
The grille is absolutely perfect.
The bumpers are original to the car and an area where we sacrificed appearance to keep the original pieces.
Both have some pitting (the rear at the corners just under the taillight housings and behind the license plate, and the front behind the license plate) that were chromed over.
Driveline
The rear axle and transmission both were disassembled and inspected, components replaced as necessary with new seals and gaskets including a new 3.54 ring and pinion.
The Hemi engine was blueprinted to factory specs including 10.25:1 compression ratio.
The original carburetors were professionally reconditioned.
The engine also has its original Prestolite dual point distributor which was cleaned, inspected and tested.
In summary, I believe this might be one of the finest Hemi-equipped 66' Coronet 500s around
Contact us today for additional details, dont delay this Hemi will not last long, very very low BUY IT NOW Ebay price!!!!

As one of the most respected names in the business, we regularly sell to clients throughout the United States and Canada and also Overseas.
Our most recent international clients were from Australia, Sweden, England, UAE, Germany and Brazil.

Trust us with your next Classic Car purchase and you will be glad you did!

Make your highest bid and be sure to contact us with all your questions.

Note: 10 Or Less Positive Rated Bidders Must Contact Us Direct Before Bidding Or The Bid Will Be Removed.

Vehicles 30-40 years of age or older can be temperamental and we cannot guarantee that every electrical component (radio, heater, wipers, lighting etc) will function or operate on all vehicles

Vehicles will not be sold to California residents

CALL FOR BUY IT NOW

Our 100% Positive Feedback Speaks For Itself

Over 3500 Classic Cars have been sold by TheElectricGarage . Com with total customer satisfaction! We strive to give accurate descriptions of the owner's cars along with extensive vehicle photos so that you have an opportunity to access every aspect of its condition. In addition, we secure your transaction by holding the funds until the vehicle is shipped and brokered and you have title. We provide the entire package - anything else you require we will arrange or perform ourselves. We make it easy and do all the paperwork for you!. All vehicles require a $500.00 deposit 24 hours after Auction concludes and deposits are non-refundable. Non Paying Bidders will be pursued in court of law for full purchase price of vehicle and all related costs. Bid only if you have the funds to pay! 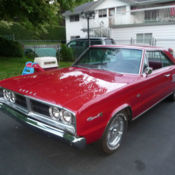 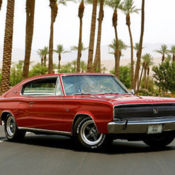 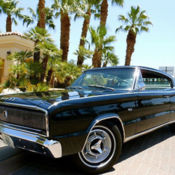 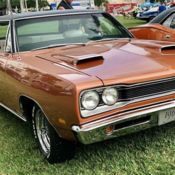 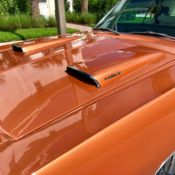 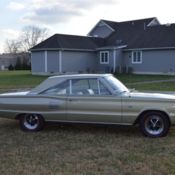 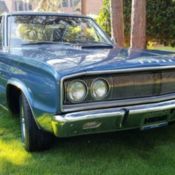 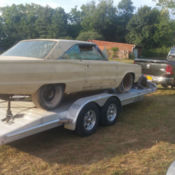 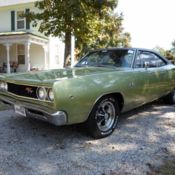 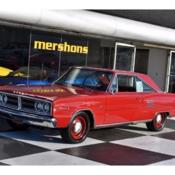