1985 DeTomaso Pantera GT5Imported to the United States on December 4, 1984 by Claude Dubois of Special Automotive Marketing International (SAMI) in Switzerland to Guy Anderson of the Exotic Car Store in Smyrna, GeorgiaOriginally ordered for Barry Mandell of Miami, FloridaOne of fewer than 252 such examples produced in 1985Documented with copies of the original MSO and bill of ladingNaturally aspirated 351 CID V-8 engine with 345 horsepower and 333 lbs-ft of torqueHolley four-barrel carburetorFactory rated at 0-60 in 5.1 seconds and a top speed of 174 MPHZF five-speed manual gearboxRack and pinion steeringFour-wheel disc brakesFactory GT5 Fiberglass fender flares, spoilers and rear wingOne repaint in original yellowBlack leather interiorPower windows, air-conditioningVeglia instrumentsTinted glassWoodgrain interior appointmentsCampagnolo wheels with spinner hubsVintage photos of the car at the Atlanta Motor SpeedwayBelieved to be 60,278 miles, metric odometer reads 96,971 kilometersMost Americans over age 45 recognize the DeTomaso Pantera as a mid-engine exotic imported and sold through the Ford-Lincoln-Mercury dealership network between 1971 and 1975 that combined the beauty of an Italian body design with the robust reliability and performance of an American V-8 engine. When is the last time you've seen a 80's Pantera come up for sale? This was Guy Anderson's the importers, personal car since 2009!The featured 1985 DeTomaso Pantera GT5—one of fewer than 252 produced according to the Pantera Owners Club—represents a unique period in the history of the marque. This example was made in January 1985. Ford Motor Company and the Lincoln-Mercury Division officially ceased importation of the Pantera into the U.S. in 1975, shortly after discontinuing American production of the 351 Cleveland engine, the powerplant fitted in the Pantera.Undaunted by the separation from Ford, Alejandro de Tomaso continued production of the Pantera in Modena, Italy, from 1980-85 as the GT5. The Pantera GT5 and later the GT5S was a limited-edition model that would continue to use the Ford Cleveland 351 engine that was now sourced from an Australian supplier.The car was visually discernable from its predecessors as a "wide-body" iteration with its bonded and riveted-on fiberglass fender flares, lower rocker-panel side skirting, integrated front air dam and large fixed rear wing. The GT5 also featured a revised chassis, better brakes and a more luxurious interior cabin with wood-grain appointments.Presented in a bright yellow exterior with ultra-wide Campagnolo wheels affixed with three-prong knock-off spinners, this Pantera GT5 is an imposing sight to behold. Wipers and E-Brake are inoperable. Those Campys rolls on Michelin TB5 Racing Tires, size 23 62R15 in front and 29 61R15 in back. The car was repainted once and still presents to high standard with some minor imperfections on close inspection.Despite its muscular appearance, it is well-equipped with creature comforts, including air-conditioning, power windows, tinted glass and supple leather seating. The car was imported into the U.S. via Special Automotive Marketing in Switzerland and delivered to the Exotic Car Store in Smyrna, Georgia. This Pantera GT5 comes with documentation that includes copies of the original MSO and bill of lading.Competition to this Pantera in 1985 included Chevrolet's Corvette, Ferrari's 308 GTB, Lamborghini's Countach and Porsche's 911.Panteras are not the choice of wallflowers or drivers who dislike attention. The yellow paint is just an added attraction. Stop by MotoeXotica Classic Cars to look this Pantera over. While the 1971-1974 Panteras are somewhat plentiful a 1985 Stateside is virtually unheard of. If you've been waiting for one, don't wait long!VIN: THPNC009358EIN: 07378This car is currently located at our facility in St. Louis, Missouri. Current mileage on the odometer shows 96,971 kilometers or 60,278 miles. It is sold as is, where is, on a clean and clear, mileage exempt title. GET OUT AND DRIVE!!!â€¨Note: Please see full terms and conditions listed below that pertain to the purchase of any said vehicle, thank you. 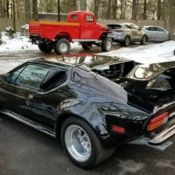 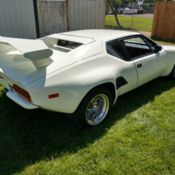 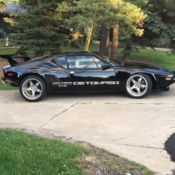 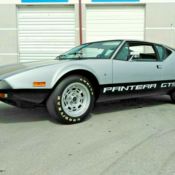 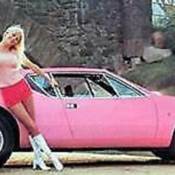 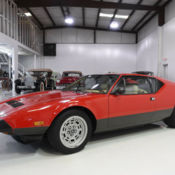 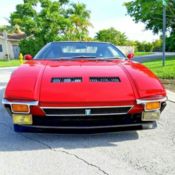 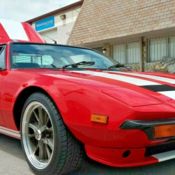 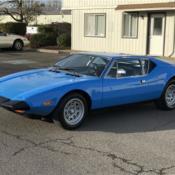 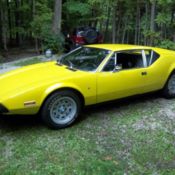