Ultra-Rare 1935 DeSoto Airflow SG coupe up for auction. This is 1 of 307 produced in 1935! It is 100% original and complete, and as such, an excellent restoration project.I have owned this car since 1990 with the intentions of restoring it. I'm getting older and know this car will never be restored by me, so my lose is your gain!

If you've been looking for an Airflow coupe you know how rare these are. Nicely restored examples have recently been bringing very high five digits when they do come up for sale. The 1935 DeSoto (Flathead Straight Six Cylinder) Airflow cars were truly revolutionary groundbreaking cars.

Credited with the introduction of many major technical advancements in automotive design, including;

1)The first car designed in a wind tunnel to improve drag and increase land speed without adding horsepower,

2)The first car that moved the engine forward over the front axle so in turn moving passenger seats forward so riders would ride 'between the wheels' for a smoother ride without the 'buckboard' affect for the rear seat passengers,

3)The first car that incorporated the headlamps into the body of the car (instead of cans attached to the fenders), and perhaps the

4)Themost significant featurewas the world's first 'Uni-Body' design car, the passengers rode 'inside the frame' which greatly improved survival in case of a crash.

5)All these above features, common to automobiles ever since and all cars made today. were pioneered by the DeSoto Airflow in 1934.

My 1935 DeSoto Airflow SG Coupe has some very minor rust in a few of the usual places; rear truck edge and lower fenders, but overall it is a 100% complete and solid car with no structural issues and retains its original drive train intact (I never tried to start engine).

What a find, the way you like to see them, still in original condition...and most importantly, it has its legendary waterfall original grill and mascot intact with just minor pitting and no 'broken bones' (see pix) ....so we believe it will restore to show quality. This airflow coupe has the rare optional window washing system and the original jar is intact. Also has original under dash heater still intact as well.

The Airflow Club of America is an excellent club for supporting your restoration and has re manufactured many of the rare items needed for restoration.

This 1935 Desoto Airflow SG coupe is being Sold As is / Where is and is being advertised locally. It is available for inspection and is in South San Francisco CA, just 15 minutes north of SFO airport) Call 650-280-1472 with any questions! 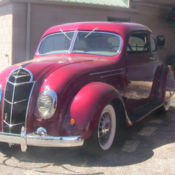 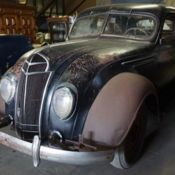 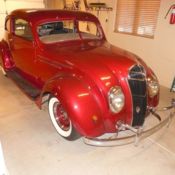 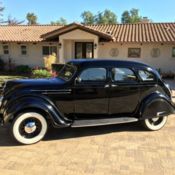 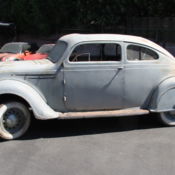 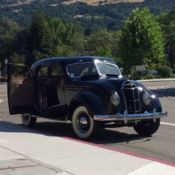 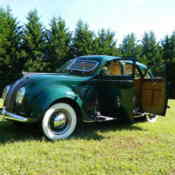 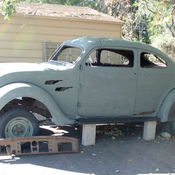 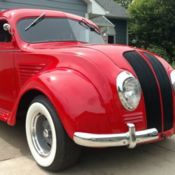