NERD OUT WITH THIS LOW-MILE DELOREAN DMC-12! 1983 DeLorean DMC-12 Ext. Color: Stainless Steel (Unpainted) Int. Color: Grey Leather Mileage: ONLY 1,634 miles! Engine: Peugeot-Renault-Volvo (PRV) 2.85 litre V6 Transmission: 3-Speed Automatic Drive: Rear Wheel Drive Offered for sale is this Investment-Grade 1983 DeLorean DMC-12 with just 1,634 original miles. 'Finished' in unfinished Stainless Steel over grey leather interior. All original including original Goodyear NCT tires. Rare, last year of production 1983 model with "DD020XXX" VIN. Some history on the later year DMC-12's from DeLorean Motor Company: "The first production car carries VIN 000500 and 1981 production ended at the end of November 1981 with VIN 007199. 1982 production began in December 1981 with VIN 010001, but the complete VIN series for the 1982 and 1983 models are subject to debate. The factory stopped shipping cars to the states in early 1982, though assembly of cars continued up until May of 1982. More than 1,000 cars with 1982 VIN's were given revised VIN's by the company that bought these cars (Consolidated International) and parts from the Receiver in October of 1982. The reason for this was that by the time these already assembled 1982 models were shipped to the states, it would be well into the 1983 model year, and these new cars would already appear to be one year old.These cars, originally with VIN's ending in CD010XXX, CD011XXX and CD012XXX had their VIN plates replaced with DD015XXX, DD016XXX and DD017XXX numbers before shipment to the states. Evidence of this is most plainly seen by removing the headliners of these cars, where in almost all cases, the original VIN was written during production. Most, if not all of these cars also have the dash VIN plate glued on, rather than pop-riveted, owing to the difficulty of pop-riveting a dash plate into a dash with the windshield installed. When Consolidated purchased the completed cars, they also bought the cars sitting (partially assembled) on the then-idled production line. Consolidated brought back some former employees to complete these cars, which were given DD020XXX VIN's" One of ~8,500 cars produced from 1981-1983 by the DeLorean Motor Company for the American market. The car features gull-wing doors and an innovative fiberglass body structure with a steel backbone chassis, along with external brushed stainless steel body panels. The car became widely known and iconic for its appearance in the Back to the Future franchise in which it was modified as a time machine. The first prototype appeared in October 1976. Production officially began in 1981 in Dunmurry, a suburb of southwest Belfast, Northern Ireland, where the first DMC-12 rolled off the production line on January 21. Over the course of production, several features of the car were changed, such as the hood style, wheels and interior. Some 8,500 DMC-12s were made before production halted in early 1983. This Delorean DMC 12 is a true survivor and is a very nice original example acquired from its previous long-term owner. It also has the original radio, optional automatic transmission and standard air conditioning that blows cold. This DMC was recently serviced and runs out strong. Even to this day, a DeLorean is a very popular attraction at automotive car shows, parades or museums, and examples like this will continue to intrigue future generations. Additional photos can be found on our blog here: http://blog.performanceautogallery.com/2017/12/15/nerd-out-with-this-delorean-dmc-12-with-just-1634-original-miles/ Please call 240-224-7071 or email info@performanceautogallery.com for more information. 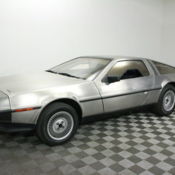 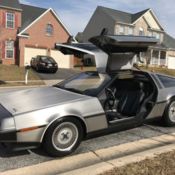 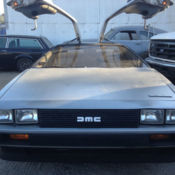 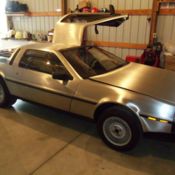 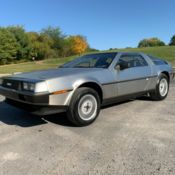 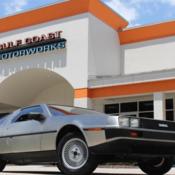 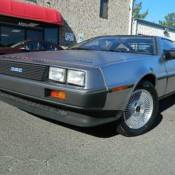 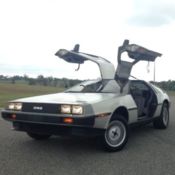 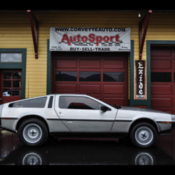 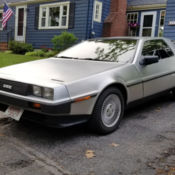