This is your very own rare barn find!The rarest of the Datsun Roadster lineage, this car was introduced in mid 1967 as a production race car to dominate SCCA which it did well into the late 1970's. This model Roadster became known as the Porsche killer since a 911 had no chance leaving a stop light with one of these Japanese muscle cars in the next lane!! The opportunity to purchase a restorable complete 1967 1/2 2000 does not come along often since only 1000 copies were manufactured and only 500 were imported into the USA.If you are a Roadster aficionado then you need no introduction as to the history and worth of this iconic sports car. I literally put this one on jack stands in a barn at the farm in Missouri in 1987. At the time, it was a running and drivable hot rod. It rested there until December 2019 when we were finally forced to sell the farm and relocate the car to Texas. If it does not sell 'as-is' I will spend a year restoring it and you can purchase if for something in the neighborhood of 50K. Seriously!
The car is relatively complete except for the missing bumpers and of course the soft top. However the front bow and frames are in excellent condition.Make no mistake, this is not an entry level exercise of a quick fix. Everything on this car will require attention and rework. The car came from some relocated Kentucky friends in Phoenix, AZ in 1980 who purchased it from a lawyer in Kentucky who raced the hell out of it. The engine # does not match the data plate # since the original broke a rod and a crankcase. It is an A cam engine but has the 7 quart finned aluminum oil pan. A difficult item to find. Not pictured is the original air filter still with the Nissan sticker on it.The trunk floor and passenger floorboards are solid except for two rot areas on the drivers side. Nothing too severe. Small repairs. One near the accelerator and one at a frame bolt under the seat. The repair is simple since the body can be easily removed from the boxed frame and inverted on work stands for easy access. Both rocker panels will need structural repair as well as the frame mount points at the forward aft wheel wells. Also, my good buddy from Kentucky cut two speaker holes in the vertical structural panel fwd of the trunk. Not a good thing! Either the panel will need to be replaced with a donor piece or two patches will have to be mended in.After soda blasting, the work scope will be more easily defined. It's a small car. Not a big deal.
The frame is solid. The windshield has a pellet hole in it. The windshield frame and drivers vent window will need re-plating. I have a NOS right window frame and glass as well as NOS door window handles, door inside pulls, timing chains, exterior logos, exhaust mounts, heater core, rear brake shoes, rear brake adjuster, throttle cable, accelerator cable, & trunk gasket. I also have 3 of the 6 pieces of stainless body moulding for the beltline trim. They are rough but can be trued and polished.
If you need any other information or more photos please contact me. I have other Roadster spares and can contribute a bit of technical help if necessary.
Thanks for looking.And again, this opportunity for a RARE vehicle does not roll around often.Roadsters are a show stopper wherever they are driven. With the Hitachi carbs, this car will see 130+ MPH in 5th gear. If you build it with a B cam and Solex carbs it will see 150+ in 5th gear.Try that in a Honda Civic. Or a Porsche 911.
The vehicle has a clear Arizona title. 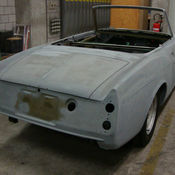 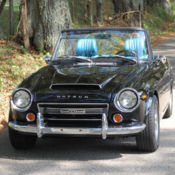 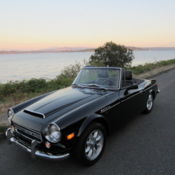 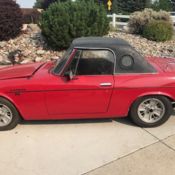 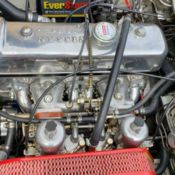 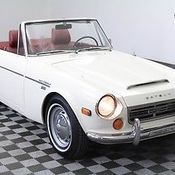 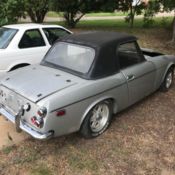 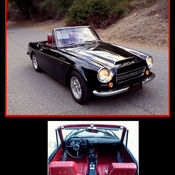 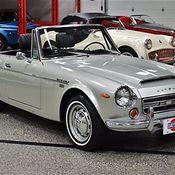 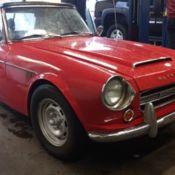