MAGNIFICENT all-original 1964 Citroën 2CV "Deux Chevaux". The iconic, classic, French car. Designed by Andre Citroen in the 1930s, and introduced the market in 1939, it was hidden from the Germans during the occupation of Paris. After the war, production of the 2CV began in 1945, and this car was continuously manufactured until 45 years later in 1990. This car is a 1964 model, which is very desirable because later models had "improvements" such as the ugly rectangular headlamps popular in the 1970s. The 1964 model still has the classic 1930s look of the original. The gearbox is "officially" a 3-speed, because Andre Citroen insisted that it should only have a 3-speed transmission, to make it easier to drive, BUT the engineers put in a 4th gear, but labeled it "S", for "Super". So the 2CVs all have a 4-speed transmission without calling it that, so as to not get in trouble with the boss. Another interesting detail is that the 2-cylinder engine doesn't need a distributor. Instead, the points open and close twice during every ignition cycle, once at the top of the piston travel (TDC) and another at the bottom. When one cylinder is at the top, the other is at the bottom. The spark at the bottom serves no purpose except to make the otherwise troublesome distributor unnecessary. Brilliant!
This car was purchased by the current owner from an auto museum in Utah in 2001. It has been kept garaged in sunny California and only taken out in good weather. I suspect the previous owner did the same. For this reason the car is rust-free with the exception of some tiny cosmetic spots. The car has no damage except for a couple very small scratches that have been painted with touch-up paint (photos available on request).
Interior upholstery is in excellent condition, no wear, damage, or discoloration apparent on the very simple cloth upholstery.The tires are all Michelin in excellent condition.The brakes squeal a bit when driving until they warm up. I have new brake pads and new cylinders that I planned to install but didn't have the time; they are included.
This is an excellent 2CV and I'm sure you will be very pleased with it. You can't go wrong with this car as it keeps going up in value.
Pick up in the San Francisco bay area, or otherwise have your auto-transport deliver it for you. 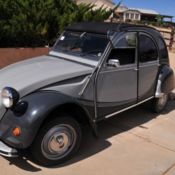 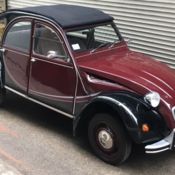 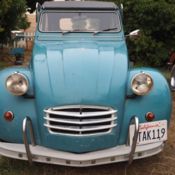 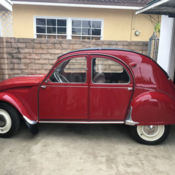 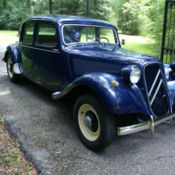 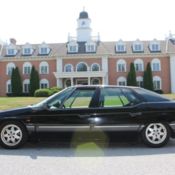 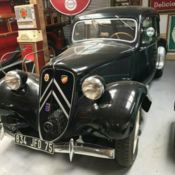 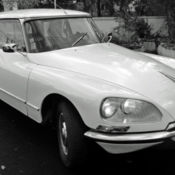 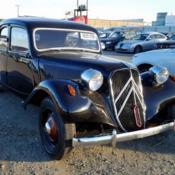 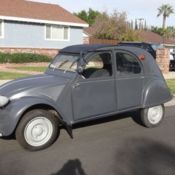