This auction is for a 2CV "Acadiane" truckette Dyane 6 400 that was imported from Spain which is why the car is rust free and dry. The Acadiane differs from the Dyane on which it was based on having a heavier duty suspension, a slightly altered chassis, and a rear-brake limiter whose action was dependent on the load. Finally, it was also fitted with hand roll down windows for the driver and passenger doors.
It went through a restoration in 2015 and was used a a local delivery van in Spain. The restoration consisted of a repaint and an engine overhaul. I purchased it in 2017 and have driven it locally (about 1,100 miles) and started it often with a constant hook up to the battery tender. I purchased brand new Michelin tires for freshly restored wheels.
The car starts regularly and shifts like a champ and it is so fun to drive. Excellent fuel mileage at about 40 mpg. It comes with the original Owners manual from Spain and the records going back to 1984 when it was first government inspected and shows it passed its road safety inspection every year up to 2017.
Original mileage in kilometers is 99,180 (61,627 Miles) 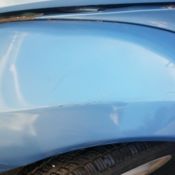 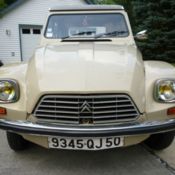 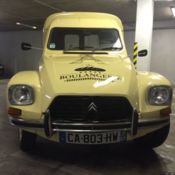 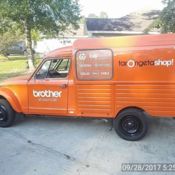 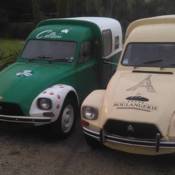 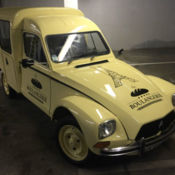 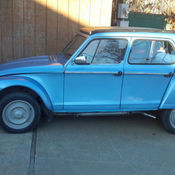 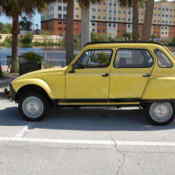 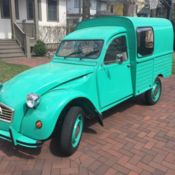 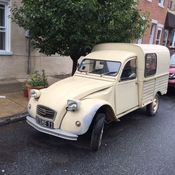