The 11 stands for the legal horse power of 11 Chevaux (horses) and the model is a B. The L stands for légere (or Light in French).

The Traction Avant was built in France, elgium and the UK from 1934 until 1957 (with an interruption during WW2). It was full of innovations for the time, ncluding the first mass produced front wheel drive, he first uni-body car, he first car with independent suspensions, tc… a total of 760,000 were made, lthough very few survived.
In the US, here are only a handful of these cars, nd almost none fully restored.

This car was originally purchased from the estate of the original owner in 2012. It had been sitting in a garage in the California desert since 1976. The body was in great shape, ith no rust, ut the engine was seized and all non metal parts were destroyed.

The car was originally bought by the original owner in France, n 1956, riven for 3 months in Europe then shipped to Los Angeles. It was used mostly on a Navy Base by his wife for all of its life, ntil the engine died in 1976 and they could not find parts. Most original paperwork, ncluding most of the registration cards have survived.

This car was completely disassembled, own to the last nut and bolt, t was sand blasted and the body was completely restored in California. The engine and absolutely all parts were completely stripped and rebuilt to original specs. As much as possible, he original fasteners were restored, hreads cleaned and re-used in their original place. All rubber, eather boots, eals and gaskets are new. The wire harness is completely new and so are all the lights and turn signals. The car sports its original black license plates from California and it is currently registered in California. The car has been in New Hampshire with me since June 2014 and it is stored in a climate controlled facility.
This car runs like a charm, tarts right up and idles very well. There is the usual oil drip at the crank shaft seal system, s it uses a counter thread system to throw the oil back when the engine runs. when the engine stops, bit of oil may escape through a capillary process. It is normal and amounts to about 2 to 3 dime size drips every time the engine stops.

Total invested in the restoration is well over $60,000 not counting the thousands of hours of labor I put in, leaning and restoring all the original parts, uts and bolts.

The interior is completely new, ith original trim and colors. The seats were stuffed with the original horse hair stuffing and the carpet is entirely new, n the right color andshape.Thewindshield and rear window are new (the originals were too scratched) but the side windows are original. (original windows were saved and available)

I used Dynomat on the entire interior of the car, o replace the original tar and fiber insulation material. It brings additional sound and temperature insulation which is welcomed in this vintage car.

The car is currently stored in a climate controlled facility in New Hampshire and can be viewed during business hours. Due to the current winter conditions in New Hampshire, he car could be driven assuming the weather and roads are dry.

The registration is current. The car still has its original California Black License Plates and is currently registered in California. 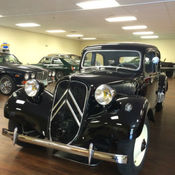 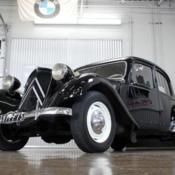 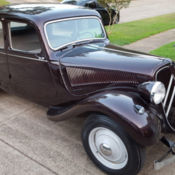 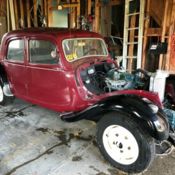 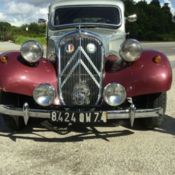 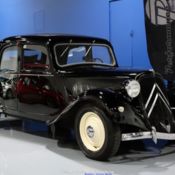 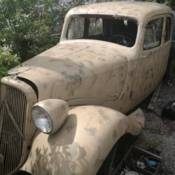 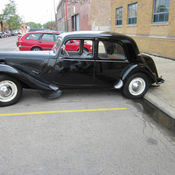 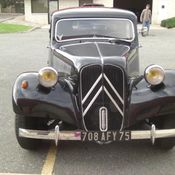 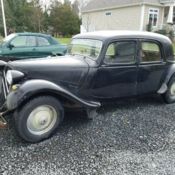