This Citroen Mehari underwent a ground up restoration in 2015 and then was only driven 900+ miles and never on the beach.
A lot of new parts were used, such as (but not limited to): complete new body shell, interior, seat tracks, seat belts, steering wheel, light fixtures, hood hardware, hinges and handles, windshield wiper arms and blades, windshield washer hardware, roof and roof frame, tires, wiring harness, the entire brake system, the aluminum folding windshield and all hardware, battery, ignition lock, exhaust system, oil cooler and breather, all new shocks and rebuild front axles. The engine top end was rebuilt, a new speedometer cable, engine mounts and a new clutch kit were installed. Electronic ignition for better performance.The original chassis and sub frame were in perfect e condition. They have been stripped to bare metal and repainted. Picture included.Also have a brand new set of all the windows to close up the car. Never used, never in rain.
It is a great car and hasenoughpower to keep with road traffic.
Méharis are a true expression ofthe sense of freedom we enjoyedthe 1960s and 70s, and thisexcellent example none more so.The perfect way to enjoy thesummer!Almost certainly inspired by BMC’sMini Moke, the Citroën Méharifirst appeared in prototype formin 1967 and like its Britishcounterpart was based on astandard production car. In theCitroën’s case it was a version ofthe inimitable 2CV, so the Méharifeatured the latter’s air-cooled602cc twin-cylinder engine drivingthe front wheels. The open bodywas made of ABS plastic and, likethe Moke, a detachable soft-topand side screens served as weatherprotection.Taking its name from a type ofCamel known for its speed, theMéhari was launched at the ParisAuto Show in October 1968 andwould remain in the range for thenext 20 years, only disappearingwhen 2CV production ceased inFrance in 1988, by which time atotal of 144,953 had been made. 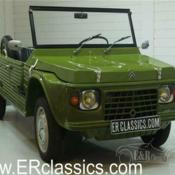 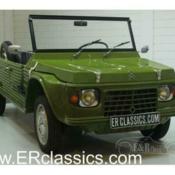 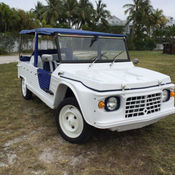 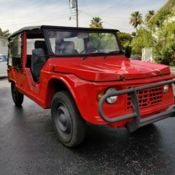 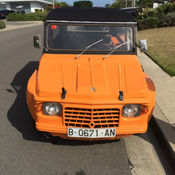 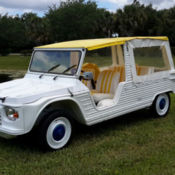 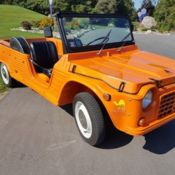 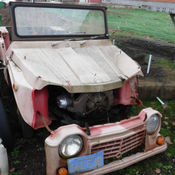 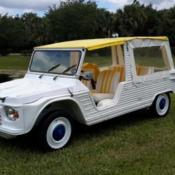 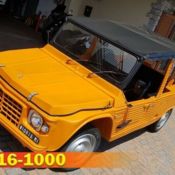