Beautiful and rare Chrysler Roadster up for sale. This car is an older restoration that runs excellent and drives good for it's age. It has an aftermarket electric fuel pump so it fires up pretty easily but it has been sitting for awhile so the hydraulic brakes need some attention. Hydraulic brakes was one of the innovative features that helped put Chrysler on the map in this era. Walter Chrysler was actually ahead of Henry Ford with this feature as Ford was stuck on mechanical brakes because they were proven and used on so many of his cars is the past.

"Rarely do you see any prewar Chryslers at car shows today. Lots of Fords, of course, and some GM cars, a Nash or two, but not often any Chryslers.

Walter P. Chrysler's eponymous company started with the 1924 introduction of a six-cylinder-powered automobile bearing his name. This revolutionary car with its high-compression L-head engine also included several other features never before seen on a car that would reach such high production: four-wheel hydraulic brakes, aluminum pistons, full-pressure oil system with a replaceable oil filter, a tubular front axle, and a model name-the B-70-that reflected the powerful car's top speed.

Born from the remnants of the Maxwell and Chalmers companies, Chrysler Corporation's start has been well documente. Armed with Walter Chrysler's skills as a manager and the advanced engineering of the B-70, Chrysler started with a bang, vaulting into seventh place on the sales charts by 1927.
The entry-level Series-or "Modelâ€-50 featured a 109-inch wheelbase with four-cylinder power. The Series 50 was essentially a continuation of the Maxwell line, albeit with Chrysler touches throughout the design and details. All-new for the 1927 model year, the Series 60 sported six-cylinder power. Underneath the Model 60's taut and handsome bodywork lay all the Chrysler innovations that drew people to its cars in the first place. In detail, the L-head straight-six displaces 180.2 cubic inches from a three-inch bore riding on a long 4.25-inch stroke. Breathing through a single Stromberg carburetor and sparked by Remy ignition, the engine was rated at 54 horsepower when new, which was ample enough to take the 2,780-pound car to a healthy top speed exceeding its 60 MPH rating from Chrysler, hence the Model 60 name.

In 1927, Chrysler sold the Model 60 with 28 x 5.25-inch tires, slightly smaller than the original 30-inch tires offered when the model debuted in 1926. Likewise, wood artillery wheels were standard, but in 1927, during the middle of the model year, Chrysler made steel disc wheels available. The white, backlit instrument panel of our feature car also marks this model as being later in the Model 60's production run for 1927.

At $1,195, the Model 60 was fairly priced, perhaps double that of an equivalent Model T, but competitive for a six-cylinder automobile. For the cost of the Buick of its day, and offering its own form of luxury and sophistication, the Model 60 helped cement Chrysler's reputation for bold engineering that would last for generations. If the Chrysler Corporation was always seen as going its own way, then it did so from its beginnings. *Hemmings, Terry Shea. 11-24-17"

The body looks very clean on this car and we found no rust underneath at all. We assume it was used as a parade car judging by the flags and "Grand Marshal" banners we found inside. The previous owner passed away a few years ago and apparently no one in his family wanted to keep the car so it was sold to us by a third party. This is not a show car but it's very presentable and it gets a lot of attention.
***IMPORTANT, PLEASE READ***We are a licensed car dealer here in California and as such we are required to transfer title to the new owner IF you reside in California. If you are an out of state buyer, we can simply send you the title with the car. Again, if you live in California, we are required to handle all of the DMV work just as if you bought this from any car lot. We will need to collect sales tax, title and registration fees from you in order to complete the sale. If you have any questions, please ask before you bid.
The car is located here in Fresno, California and can be seen anytime. We are selling this car as-is with no guarantees or warranty and we welcome 3rd party inspections. Trades welcomed. 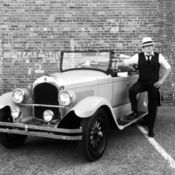 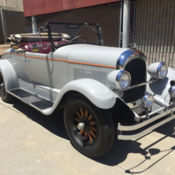 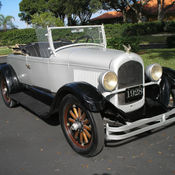 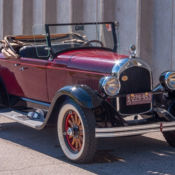 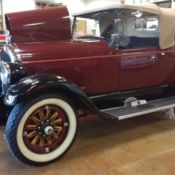 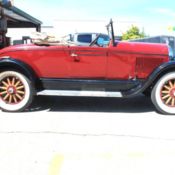 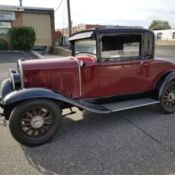 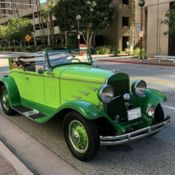 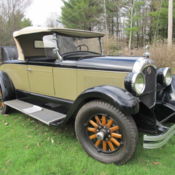 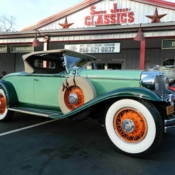