BECAUSE LIFE IS TOO SHORT TO DRIVE A BORING CAR!!! The Classic Car Gallery 3266 Post Rd Southport, Ct 06890 203-446-3477 1929 Chrysler 65 Mayflower Sedan “Gorgeous restored “show quality” car, full photographe and documented body off restoration, Maybe the finest on the market today.” Vin CD186P The car on offer is a 1929 Model “65”. The car was retrieved in 2004 from a barn where it had sat for 52 years!! It only had 23,958 original miles and was solid and completely original and unmolested. The car underwent a complete “frame off”, Fully documented and photographed nut and bolt restoration. The car is certainly the finest “65” on the market, and runs and drives as well as it looks. The mohair interior is in show condition as is the engine compartment, underside and exterior. All of the trim has been restored. All parts are correct. Everything on the car is new or restored including exhaust, brakes, suspension and chrome. The two toned Marquette Blue/black paint is excellent as is the fully restored interior. All interior trim is correct. The car comes with a photo album of more than 200 pictures showing the restoration journey from the barn to the show field. Additionally there is a full dossier of receipts. No expense was spared on the restoration. The time and cost of the restoration is many times the buy-it-now price of the car. This car will be competitive at the highest levels of the show car world. This is the documented story of this wonderful car; “My interest with classic cars started in 1957 at the age of eight with my grandparents 1947 Dodge. I remember the backseat was so big; much larger than my parents 1957 Ford. Later that year they bought a new 1957 Dodge, it was quite a change. We enjoyed traveling, going to see to the Pa Grand Canyon, Watkins Glen and Corning Glass during our trips from Long Island. We would often stay at the Orchard Park Motel in Towanda, Pa. It was ironic that the people who owned the motel had the same last name as did my grandparents. We became friends and visited every fall to see the foliage at its best. I remember one year in particular the owner and I were talking about cars. He asked me if i would like to sit in his wife’s high school graduation present. I was delighted when he showed me a 1930 Chrysler CJ6 coupe. WOW!! What a treat, I told everyone about it when we returned home to Long Island. The years went by and high school sports prevented our family trips to PA. While attending college in Kentucky, I met my wife during our freshman orientation and quickly discovered that she was from Milan, Pa which was 5 miles from Towanda Pa. We started talking and I was shocked to find out that I had passed her house many times during our family trips. After graduation we went back north to where my wife had grown up and we live today. One day, after work, I went by the Motel and decided to finally stop and renew old acquaintances. While approaching the Motel I saw the Chrysler CJ6 on the front lawn with a for-sale sign, he had just brought it out from the barn. It must have been fate. I stopped in and we talked about old times. They couldn’t believe it was me after all of those years. The best thing was that i bought the car, my dreams of owning the Chrysler of my youth came true!! The coupe was in great shape but it needed new paint, tires, brakes, etc. the Restoration took three summers. Its first road trip was in 1970 to nearby East Smithfield old timers day. During the show a gentleman cume up to me and was very interested in my Chrysler. Come to find out he had a 1929 Chrysler and asked me if I would help him start it next weekend. I thought why not. It was your classic barn find; tons of dust, and it had been put on blocks in 1953 with only 23,958 original miles!! The owner, Bob Greenough told me he rescued it one week in 1952 before it was to be crushed in Elmira, NY. Well, it started right up, and on my way out I told Bob if you ever want to sell it call me, never thinking it would be mine. Thirty four years past without any contact when the call came… It felt like a chapter from the twilight zone. Usually the process of simply finding a car demands luck, and then the process of purchasing requires that you have to make contact often and just maybe you can persuade them to sell their treasure. A call after 34 years was simply surreal. I was very curious as to why he would sell it to me so i just came out and asked. Bob told me that his plans were to restore it but each years something would come up. He felt I would restore it and he could see the car completed. The restoration has taken four years so far and many visits from Bob with his invaluable information about the car. The best info he ever gave me was about W.P.C. Club. Don’t feel too bad for Bob for selling his 1929 as he has three Chrysler’s to drive each day in his driveway.” Please feel free to call 203-446-3477 or email if we can answer any of your questions. 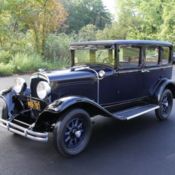 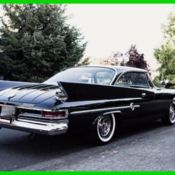 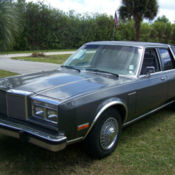 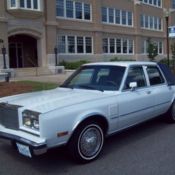 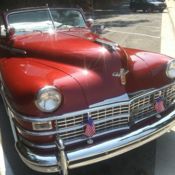 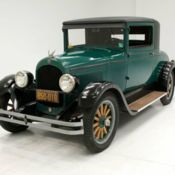 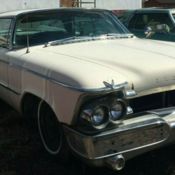 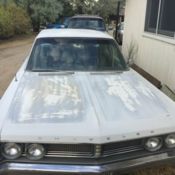 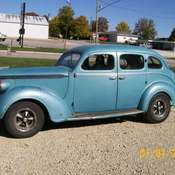 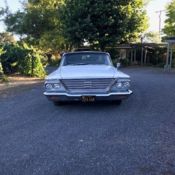