I’m selling the coolest car I’ve ever owned. It’s an awesome 1967 Camaro RS/SS 350. It is in great condition with all of the original body in-tact and rust-free. The interior is in fantastic shape and original except for the carpet which I recently redid. I bought it in 2008 from a dealer in Ohio and was told it was an all numbers matching car. However, pon inspection it was discovered that the transmission is actually from a 66 Corvette but the engine block is original and the car runs and sounds great. I had it certified a few years ago by Jerry MacNeish as an original RS/SS. I have attached some pictures of the report on the car, nd I’m sure you can contact him as well to verify that it’s the real deal. For me I just wanted to verify that it was what I paid for which now I can pass on to you, nd you can feel comfortable that you are getting what you think you are getting.As far as the car goes:Car has what appears to be an older paint job that actually still looks good. There are some chips here and there but I used to take it to shows and folks loved it. I have a book with some pictures of the car being painted at some point but I don’t know the dates exactly. Originally it was ermine white but at some point it was painted red, nd now its white again. Added a picture of the repaint.The guy that I bought the car from actually owned the car 25 years before and it somehow got back around to him. I spoke with him for a while, ot some history, hen we had a bit of a falling out over the transmission and that was the end of that. I could give you his name though and he might talk to you.I added some gauges just to make sure that nothing ever happened like over heating or anything, ut I did not drill any holes or anything to add them.I added disc brakes all the way around. It came with drums but they frankly did not stop the car very well so I swapped them. I kept every part from the swap and you get all of it with the car including the original brake lines.Transmission is great but it does have a very slight leak. Always had it and I just never did anything about it.The car has gas shocks in the back that are pretty lame. I have to pump them up a lot and they work fine but I was going to swap them out at some point and you may want to do that.It also has the original monoleaf springs. They added some braces I think to stiffen them up but I bought a set of multileafs that I was going to add to help the ride a bit. You get those as well. It has the set of bushings also.The fan in front is plastic and I have a couple of fan options you can have that I just never added. One is an original.I swapped out the carpet but have the original if you want it.It has an original z28 intake manifold on it with a jet fuel carb. I also bought a couple date correct manifolds that go with it as well, ut it sounds and runs great so I never swapped them. I’ve been offered 1000 just for that z28 manifold before. I also have a date correct Rochester carb that you could put on it if you wanted.Just added nice new dougs headers that look great.Doors line up nicely, o huge gaps and they are not sagging. One of the first things I did was to get those lined up nice.Looks like there was a heater at one time but that is gone.Headlights work but Jerry said that those were not the original motors.I was thinking at one time about redoing the weather stripping and bought a kit. You get that as well.I have tons of misc. parts like what might be the original starter motor, hurst shifter, ots of screws and whatever else I have its yours.Probably the most difficult item are the wheels and tires that I took off that were 15’s and would not fit on the new disc brakes. I could not really put them in the car with all the other stuff so we would have to discuss. If you live nearby you could just pick them up with the car.So why am I selling such an awesome car you might ask. Well I bought it because it was my dream car and I also wanted to learn about cars and how to work on them. I did most of the things that I wanted to do with it, ad a blast going to shows and such, ut now with my kids getting older I just don’t have time to really do anything with it. I asked both my kids if they wanted it and they said nope so here we are.I know it seems crazy buying a car sight unseen, nless you live near, ut I have tried to let you know all about the car and want you to be comfortable with the purchase. I think having the certification from Jerry should help alleviate any worries that you are getting what you pay for. It’s a great car, have loved it and hope you will to. Please don’t bid unless you intend to go through with the deal. If you have any questions go ahead and ask. If you live nearby you are welcome to come over and see it. I also reserve the right to pull this auction and sell it locally. 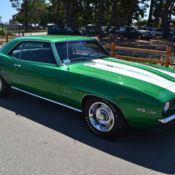 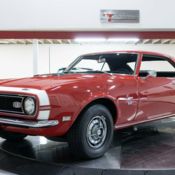 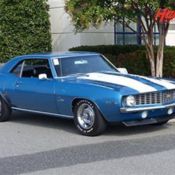 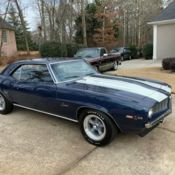 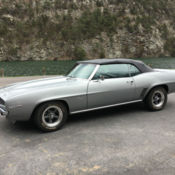 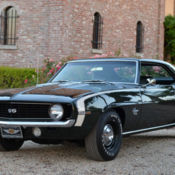 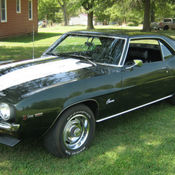 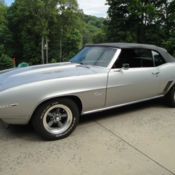 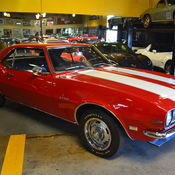 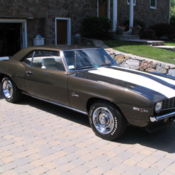