Presented here is one of the most incredible examples of an Original unrestored 1957 Bel-Air Fuelie. It is largely unmolested and still sports all of its extremely rare original fuel injection components. This very may well be the only example of a 1957 Fuelie that is this original and in this nice of shape. The Black paint does show some signs of aging, unsurprising as the paint is over 60 years old. However, the paint still has a lot of shine and presents very nicely. The interior is remarkable, showing almost no signs of wear and tear at all. A small spot on the drivers side bolster shows some fading due to the sun, proving its originality. The subtle patina and "defects" throughout this car give it an extremely unique character, and the originalitycan never be reproduced. There will not be another opportunityto find one of these cars in this condition.
Finding a legitimate Fuelie with all of its components still intact is very tough, as many had them robbed off of them in period and replaced with carburetors. This car has a documented history since new and was used as a promo car for Chevrolet dealers for a short amount of time, part of the explanation as to why it still sports all of its original components. The car is currently equipped with a 3-on-the-tree manual gearbox, but includes the numbers matching automatic gearbox as well, freshly rebuilt. Also included are all of the original components that were removed when swapping to the manual gearbox, such as the shift linkage.

All of the fuel injection components are original to the car. As far as we know the Rochester 4520 fuel injection unit has never been rebuilt. It has always run well with minor tuning done every now and then. The 2nd owner, who bought it in late Fall 1957 (the first owner was a young man and for whatever reason his father made him return it to the dealership), said that he was informed that this car was a factory demonstrator to promote the sales of fuel injection passenger cars and because of this they made sure that it had the best components installed to keep it running flawlessly. After the factory reps were done the car was sent to a dealership near Omaha, Nebraska where it was sold. The 2nd owner was asked if he had the original dealer paperwork for the car but it ended up getting lost or misplaced. He did a notarized â€œVerification of Authenticityâ€ for the previous owner regarding his history with the car. He had also written a note to the previous owner detailing pretty much the same info. These documents go with the car.

All of these ORIGINAL peripheral FI components are still intact on the car:

wiring harness/connector for the air meter.

â€“ Air intake hose bracket that is attached to the driver-side radiator support. Most of

these original brackets ended up missing or tossed aside in about 99.9% of the

original passenger car fuelies so this is an extremely rare, very hard-to-find item

and very, very expensive if ever available. This item is definitely NOT a repro.

â€“ It has a later model fuel pump but a correct long-screw fuel pump goes with the car. 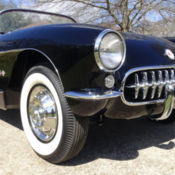 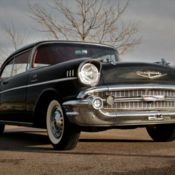 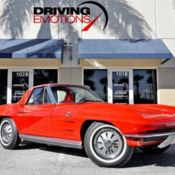 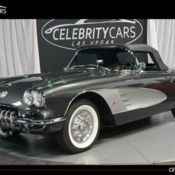 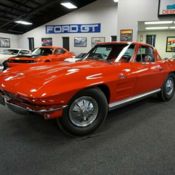 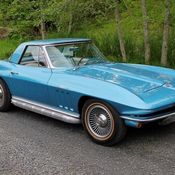 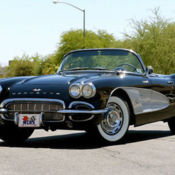 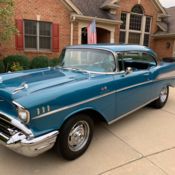 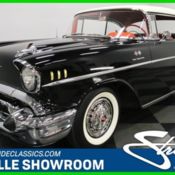 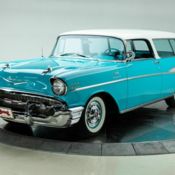