69' Camaro RS/SS X11 Code
This Camaro came with the orignal rare Red Deluxe interior and Cortez Silver exterior. The color was changed around 1992 to Dover White. The Camaro came with ps pb power windows, which all four go up and down fine. Also came with factory AC which I changed to a small Sanderson compressor. It cools very nice as you can see it has the hideaway head lights that are still vacuum and open and close good. I updated the radiator to aluminum. Car cools at any temp with AC on. I was told the 350 was not original. Engine has been rebuilt and running around 350 hp. Good sound but not loud. Has original 350 turbo still in car that has been rebuilt. New exhaust headers, all the lights work outside and inside. Even the back up lights work. I lowered it 2" front and back. I had the back panel painted black, like the big block Camaros. The inside is in great shape! No tears or splits. I put new Crager wheels and new BF Goodrich white letters on it. I have owned over 30 69' Camaros and this one drives as good as any of them. No rattles and no vibrations through out the car. The car hasn't been painted since 1992 and does show its age. As most of them say it is a good 10 footer. It has some small bubbles in the paint in a few places but not rust! As I have been told it was in the primer when they sprayed the paint. There is no rust showing on the outside of the car. The trunk was replaced in 1992. The car was under coated when it was new, and protected the car underneath. You can see the floors in the picture.The top has a few small bubbles under the top but, you can only see it if you are close to the car. All in all it is a good looking Camaro that you can drive anywhere you would like. But if you want a show car then throw a few thousand dollars in a paint job and it would be a killer car! If you don't like the Crager wheels on it, I can put the factory 14" Rally wheels with new white letter Cooper tires and either the factory center caps or flat caps. I was going to put a LSX engine in it. That is why the emblems are on the front. I have the original 350 emblems if you would rather have them. The LSX emblems are just on with tape.
Serious bidders only! I have the reserve set at a fair price. If you have any other questions please contact me.Thanks,Tony
On Nov-08-20 at 09:50:41 PST, seller added the following information:

**** I have had several people ask if this a true SS car. A true SS car came with 28 coils on the hood hinge and this car has 28 coils.A flat hood only came with 26 coils.
I also noticed the address is listed as Portland Tn. I actually have this car in a storage facility north of Portland, in Austin Ky. 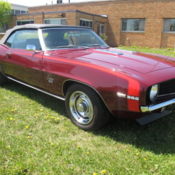 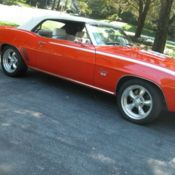 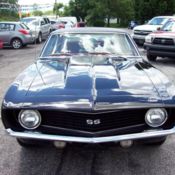 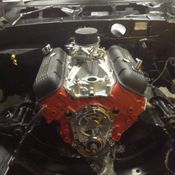 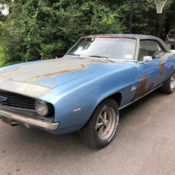 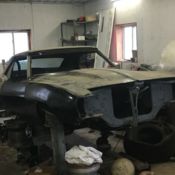 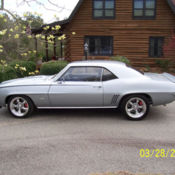 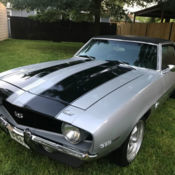 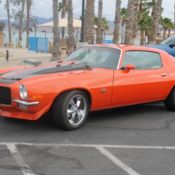 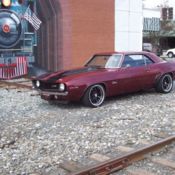