1962 Chevrolet Corvette only 14,531 produced and only 1851 finished in Tuxedo Black. It is powered by a 327 non-matching V8 and driven by the popular 4 speed transmission. It features both hard and soft tops, posi rear end, original hub cabs and more. This car runs and drives very nice, powerful, Iconic looks and a great investment. #01583. Now on display at the home of “over the top cars” CHECKERED FLAG CLASSICS 7743 MONTEREY ST GILROY, 408-847-8788 or 888-625-2774, sold as-is, California buyers are responsible for sales tax and license fees. On the web: checkeredflagclassics.com …..….In popular culture, the Corvette was featured in the hit television show 'Route 66'. Several classic Corvette styling elements were changed with the 1961and1962 model years. In addition to new taillights, corvette was spelled out on the car's nose instead of the round emblem found on previous cars. The two-tone paint job in the car's cove area was eliminated, also gone were the chrome "teeth" on the front grille in favor of a mesh screen over the radiator opening. The rear of the car was changed to a new 'boat-tail' design and power from the engine was increased to 300 horsepower for the 327 V8 engine. The 1962 Corvette was the last model year to use a solid rear axle and a useable trunk. Solid axles had been a feature of the Corvette since the original car back in 1953. Another element of the Corvette that changed was the exposed headlights. That styling element disappeared for decades while pop-up headlights became the norm until 2005 when the C5 model Corvette brought them back. 1962 also saw the largest production run of the Corvette in the car's history to that date, with over 14,531 cars. The car's price also reached a new high point with a base sticker of $4,038……..Buy with confidence I am a licensed bonded California dealer. 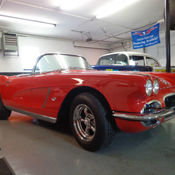 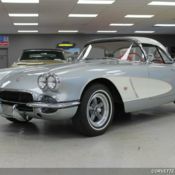 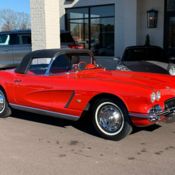 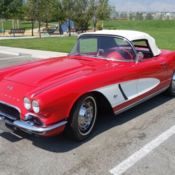 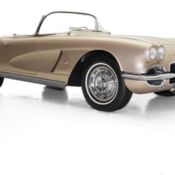 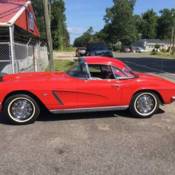 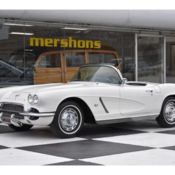 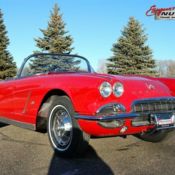 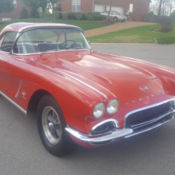 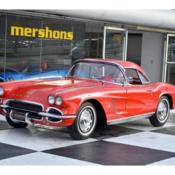