This 1967 Chevrolet Chevy II Nova has a ton of great original-style pieces, and that's mixed with some well-placed upgrades for driving. So it's a classic for those who love vintage motoring, and it's offered at an everyday price.

Chevy people know 1967 was a good year for the Nova, because it's part of the rare two-year second-generation. And the crisper, more sophisticated lines of this car arguably look best on the sedan. Of course, this one is done so well that it's going to make us bias anyway. The VIN identifies this as a real-deal upper-spec Nova, and so you get the full-length trim line that loves to highlight the straightness of the sheetmetal. The Nantucket Blue is believed to be mostly original. We have $7k in receipts documenting work that includes some paint as well as some suspension and interior work. And the way the new paint blends so well with the original is one of the easiest ways to understand how they have kept a careful eye to keep this Nova as refreshingly stock as possible. In fact, the color areas that are factory have an impressive shine for a car that's past the half-century mark. The chrome bumpers hug the form nicely; the doors close with confidence; and the color-matched wheels with factory hub caps give this a great vintage-style flair.

While this was Chevy's small offering in 1967, there's nothing compact about it in today's standards. That means plenty of room for family and friends to spread out across this quite clean sea of blue inside. It remains highly original, but carpeting, headliner, and weather seals are not expected to last over five decades, and so they have been replaced with correct-style materials. They have kept this one to be a terrific road trip classic, and so you'll also find a bunch of well-integrated handy upgrades. Tinted windows keep the temperature down, and the dash cover keep it feeling smooth. The factory AM radio is still cranking out tunes, but there's also a vintage FM adapted under the dash for a more useful radio. And the added tach and temp gauge let you keep a better eye on what's going on under the hood.

Under the hood it feels like it's 1967 all over again. After all, we don't see too many of the long blocks anymore that are an instant indicator of Chevy's hardy inline-six. The motor fires up nicely and has the smooth-running nature we love in an inline powerhouse. So it reaffirms this car's road trip ready feeling. And as you look over the car, you'll even notice newer investment in places like the MSD ignition. There's even a newer CPP front subframe. Add in the Powerglide automatic transmission, and this one is ready for cruising.

Complete with owner's manual, this is a super-clean machine from a very desirable model year. So at this affordable price, you need to hurry to grab this deal. Call today!!! 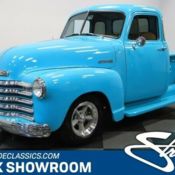 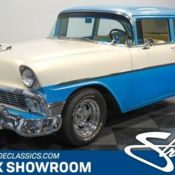 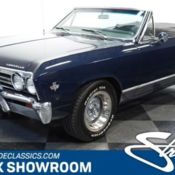 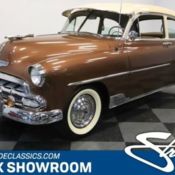 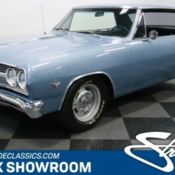 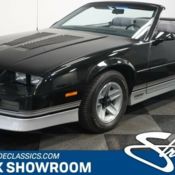 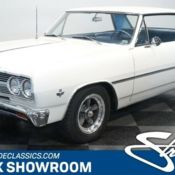 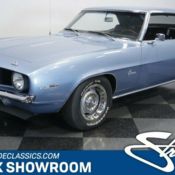 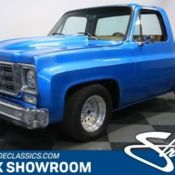 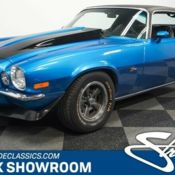