A numbers-matching L71 tri-power 427 big block with the original four-speed manual, side pipes, and factory-correct Fathom Green paint... oh yeah, this 1969 Chevrolet Corvette Stingray is everything you want in a fast and distinguished vintage 'Vette.
The factory-correct Fathom Green is a single-year color that seems to stay in-demand. It fits particularly well with a big block 'Vette because it has the mean attitude similar to black but with added sophistication like a British Racing Green. It gives distinction to the crisp lines of the big block hood, the well-fitting doors, and where the tall rear fender line meets the European styled Kamm tail. Plus, the early C3 cars are the ones to own because of all the great brightwork. This includes a shapely-pointed front bumper to give the Stingray it's shark-like nose, and a two-piece rear bumper that's pure chrome style. The Rally wheels have redline tires to grab added attention. But really the shining pieces everyone will really gravitate to are the awesome set of side pipes.
Inside are more reasons to make other Corvette fans green with envy. This factory-correct interior looks quite well preserved, and all the features you want are working correctly, including the fiber optics. And since this is from the era of the removable rear window, you can take it out with the T-tops to have a true open-air experience. The C3 Corvette is a driver's car with the large speedo and tach package right in front of you, and there's a full set of gauges to the side. But we know what really grabbed all your attention... the bright chrome shifter seizes your focus like a beacon begging you to get in and start this one up.
When you twist the key, the symphony begins. There's just no mistaking the big power and big rumble from a big block that's serenading through this side pipes. With 435 advertised horsepower, this numbers-matching L71 427 cubic-inch V8 is a true legend forged in steel. Remember, this was the larger and more expensive of the two triple-deuce packages offered in 1969. It's the kind of thing you're going to want to show off, and so they made sure the engine bay is ready for primetime right now. It's a tidy setup with the correct Chevy orange block, bright valve covers, and the triangle air filter that proudly advertises the three dual-barrel carburetor setup. The tidy belts, wires, and hoses are not only great for presentation sake, but also they're another reminder that big block Corvettes were made to be enjoyed. It fires up readily and runs strong. Plus, the numbers-matching four-speed manual transmission put you in full control of the power and high octane soundtrack. And because the C3 was one of the best sports cars of its day, the fully independent suspension, power steering, and four-wheel power disc brakes mean this monster 'Vette is easy to tame.
The big block makes this a mean green machine, but the well maintained timeless lines make it easy to love. Classics this nice don't come along too often or stay too long. Call today!!! 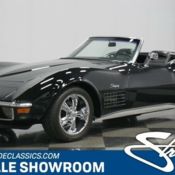 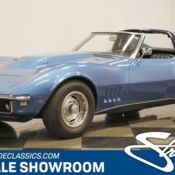 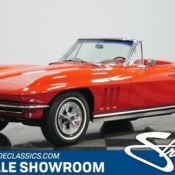 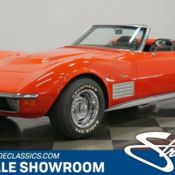 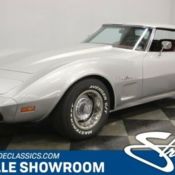 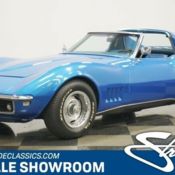 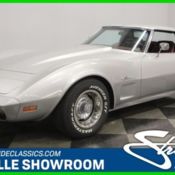 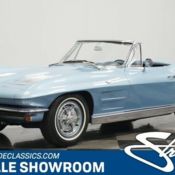 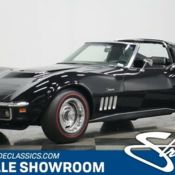 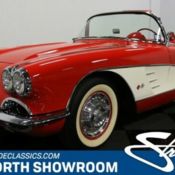