Interesting Fact: Harley Earl, as head of GMs Styling Section, was an avid fan of sporting cars. He recognized that GIs returning after serving overseas in the years following World War II were bringing home MGs, Jaguars, Alfa Romeos. Earl convinced GM that they needed to build an all-American two-seat sports car, and with his Special Projects crew began working on the new car in late 1951. In 1952, the Corvette (C1) was born. Reviews were mixed and sales fell far short of expectations through the cars early years. The program was nearly canceled, but Chevrolet would ultimately stay the course. We are excited to offer this older fully restored 1957 Corvette featuring dual quads that has been part of a 146 car private collection for the last 32 years. Originally a California car, the current owner purchased this Corvette in Madison, WI in 1988. At the time of purchase, the restoration had already been performed with only 500 miles on the odometer. Since then, the car has been driven a short 400 miles, with a total of 946 miles on the odometer today. This is a numbers matching vehicle in one of the most iconic colors and configured perfectly with dual quads and four-speed manual transmission. Mechanically this Corvette is in outstanding condition. Feel free to ask us for the full inspection report, but in short, this Corvette drives and performs as it should. The motor pulls strong and the four-speed transmission shifts with confidence. This has the iconic 283 CID V8 with the rare 270hp option featuring two four-barrel carburetor. The car currently has two AFB Carter carbs installed, but the original carburetors (in box) are included as well. The car also has a full stainless steel exhaust system and the braking system has recently been replaced. Its also worth noting that the stainless exhaust was custom built to the same thickness as the factory exhaust, thus preserving the factory sound (not the customary tinny stainless sound). The body of this Corvette is excellent. Being fully restored, there are no issues with rust on the chassis or fiberglass cracking. We did notice the paint to have some very slight signs of fine spiderweb cracking here and there, as well as some small scratches around the rim of the hood. That said, the iconic Roman Red contrasted with Cameo Ivory is overall in excellent condition and presents very well, even when up close. Its a retro color combination we really like. The interior really impressed us with its condition. The seats and carpeting are free of stains or rips, and all interior body panels fit as they should, with hardly any sign of wear on the touch points. Our inspection report noted a few smaller issues, including the instrument lights, radio, antenna, and windshield wipers not functioning. We have ordered the part needed for the wipers and expect them to be repaired. Lastly, we suspect a very small leak in the bottom portion of the radiator. Though the leak is very slow and the car does not struggle in the Phoenix heat. Lastly, the right valve cover does have the original 270 decal still in tact. 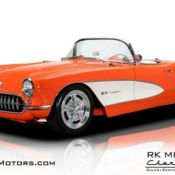 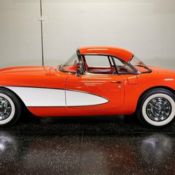 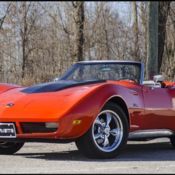 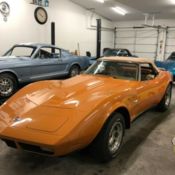 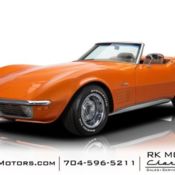 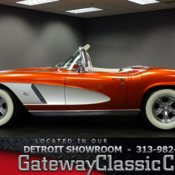 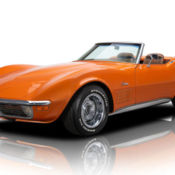 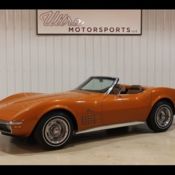 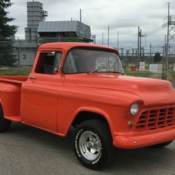 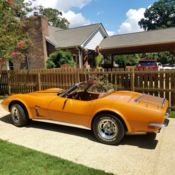