This is a very unusual car not only because it is a L79 but also because of the option list supported by the tank sticker and trim tag. This car was ordered with the L79 350 HP engine(number matching), the close ratio 4-speed(number matching), 3.73 rear and also PB, PW, telescopic wheel, radio delete and no PS. The car was frame-off restored in 1999-2000 by a professional restoration shop in Oregon to the tune of $40k+. There is a album of photos of the restoration in progress and also all of the labor receipts describing specifically what was done for how much along with the corresponding parts receipts. During this restoration not only was the L79 rebuilt by a pro shop to L79 specs but also the same was done to the transmission, rear axle, front and rear suspension. Almost everything that could be replaced was with factory GM parts and most if not all of the metal undercarriage including the frame was powder coated. Yes, the frame was powder coated and there is a bill for that. Many photos show the body work that was done and it was limited to small areas of the body like the area around the bumper bolt holes and then the silver paint was touched up. No, the car was not painted at this time. I have no idea why not and that now is the only thing that is lacking. We got the car from the son of the man who bought the car, drove it and had it restored and since he was young at the time has no idea why the car was not completely painted. During the winter of 2019-2020 the car was removed from storage and recommissioned for daily use. This included normal things like fluid flush, brake bleeding, headlight motor repair, some chrome replacement, radial tires, new battery and also included removing the heads to install new stainless valves, new valve guides, etc. for the unleaded gas we have today. This car starts, runs, drives and stops as it did in 1967. Many of the original replaced parts were retained such as the Harrison radiator, fuel lines, pumps and oil filter canister. The only non original item is the installed remote battery shut-off from Watsons' and that can be replaced with the original type battery cable if desired. No Corvettes were injured during the installation of this touch pad shut off. The car is a very, very nice driver as it is and is very presentable but if NCRS is in your future one would want to repaint. As always, absolutely no test pilots and trade-ins are not invited unless you happen to have a steel 1932 Ford 3W coupe in your garage. Thanks 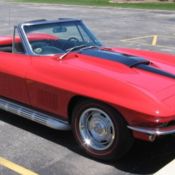 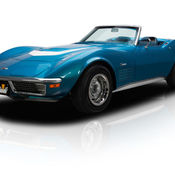 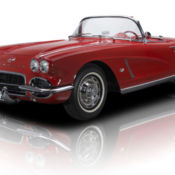 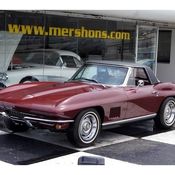 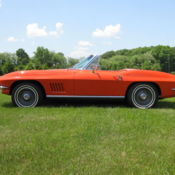 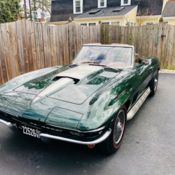 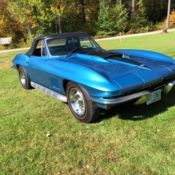 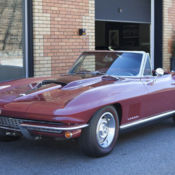 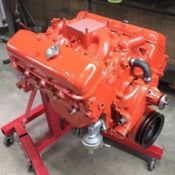 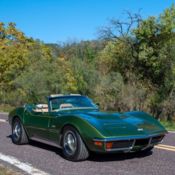