1944 Chevrolet one and a half ton truck. Has a clear title with Minnesota collector plates. Serial numbers match and windows are inscribed with 1944 also. This is an all oringinal except for paint. These trucks were not sold to the public in 1944 because of WWII. This is apparently either was sold to agriculture or was a military truck and got sold to the public after the war. It was painted red on the outside and came from a farm estate auction. It was last license in 1974 and those plates are still on the truck. It had a grain box on it and the sides have been removed and the floor is solid. It has a PTO and hoist, but that is not working now perhaps low on oil. The motor runs and runs very nice, but the carborator needs cleaning and the gas tank is half full but old contamination jelly type gas. I would run it at first on a boat gas tank and clean the system. It is still six volt and that part seems fine. All the gauges work. The front fenders are military styled fenders. The only rust on the truck is in the bottom of the doors, some bubble through which is easy fix. The tires hold air but are weathered and bald. The front brake cylinders are new, and the master cylinder looks good, but I have a kit for that that goes with the truck. I also, have new rear wheel cylinders for the brakes, not installed yet. This is an nice original truck and could very easily be brought back to military since the door jams and the firewall are still military green. 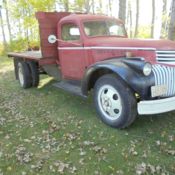 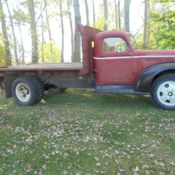 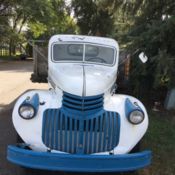 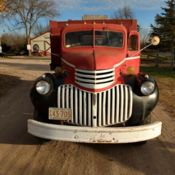 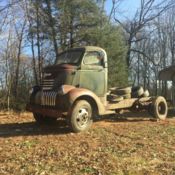 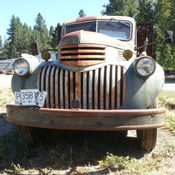 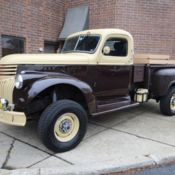 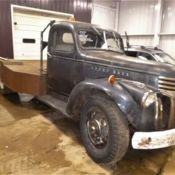 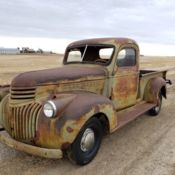 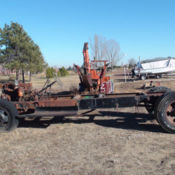