The Chevrolet Corvette is an American icon. Dubbed the C2, the second generation of Corvetteis what many of us picture as the classic Corvette, but the variations between model years were far more significant than most would believe. For 1967, the final year of the C2 Corvette, Chevrolet made a final series of changes that would make it the best of the best. It had the advantage of five years of refinement, and while its differences between 1966 and 1967 were rather subtle, it is easy to pick out the differences between an early C2 and a '67. In addition to the mass of evolutionary changes over its lifecycle, the 1967 Corvette benefitted from five smaller front fender vents, a flat-finish rocker, a single backup light, slotted Rally wheels, revised upholstery pattern and repositioning of the handbrake. These changes resulted in a sleeker and more refined look for the final production year.

This stunning 1967 Chevrolet Corvette comes from a owner of several extraordinary vehicles. He purchased the roadster from the prior owner after he had completed an extensive frame off restoration. The Lynndale blue paint was done at the time of the restoration and looks absolutely flawless. It is complemented by a completely restored blue interior with a brand new white convertible top with a rear window is as clear as glass. The combination is truly striking. The engine, a 350 horsepower 327 cubic inch V8, sends power through a factory 4-speed manual transmission and 3.70 Positraction differential. The car drives exceptionally well, being the perfect balance of reliability and fun driving. The current owner had power steering added and also had the radio professionally updated. All original Parts will convey with the car, as will a car cover and battery maintainer. For the Corvette enthusiast, few examples have been as well cared for as this â€™67 convertible. When the current owner purchased the vehicle fours years ago, the odometer read 79,389 he has driven it less then 1500 miles since then. At the time this ad is posted mileage is 80,874. Please note photos of the original VIN and Trim plates are included as well as the ad from four years ago which first attracted the current owner to the car and which provides some additional detail.

Please note that I am listing this car for the current ownenj, he is not as comfortable with eBay. Anyone with questions will be connected with the current owner and they will discuss the nuances of price, scheduling pickup etc. 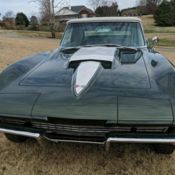 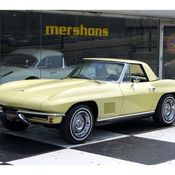 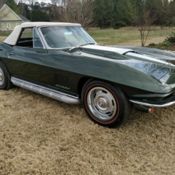 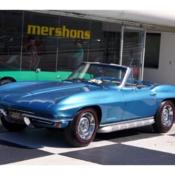 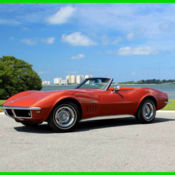 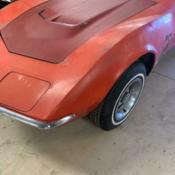 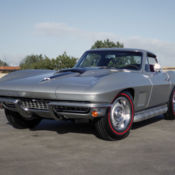 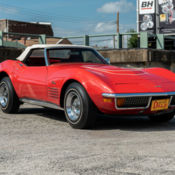 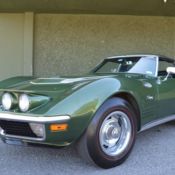 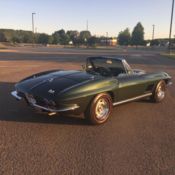