replaced, Dash Panel Replaced, all Rust cut out and replaced with new Metal.

Motor was built by Robert Ellebrach in Bakersfield, I know it has Roller Rocker Arms, and aRoller Camshaft made by Comp Cams.

I believe the compression ratio is 10-1 but I do notknow the degree on the Camshaft, it was formulated by Robert and Comp Cams (SpecialGrind).

Modifications done after car was bought by me

The car has a 4-link rear suspension system which appears well installed. We replaced the original Heidts shocks and springs with QA1 Ultra Ride coilovers.

This gave us more suspension travel, a better spring rate with damping and height adjustability, for about 1" of rake, front to back. The front already had QA1 coil over conversion shocks, which we simply adjusted for better ride.

The rear axle is a Ford 9" rear axle, to which we installed a new Trac-lok third member. The new ratio is 3.0:1, which was chosen to lessen the "aggressive" nature of the car while cruising and also eliminate the "one wheel peel" under acceleration.

While replacing the third member, we found the driveshaft was too long, causing binding when the axle moved to extremes, so we had a new, steel, (proper length) unit made. The rear output bushing of the transmission was later replaced by a transmission specialist, since the overly-long drive shaft had been causing excessive wear on this part previously. The transmission itself is a TH400 and has a very mild stall converter with some kind of shift kit. I don't remember what the shift points are, but they are a good compromise between streetability and outright performance IMO. Shifting is very firm and solid.

We replaced the weak power steering pump with a brand-new Tuff Stuff Saginaw pump. The power steering box was replaced with an OEM re manufactured box with the stock ratio. The power steering lines are all new as well. The steering isolator "rag" joint was replaced with new. We clocked the steering column/wheel adapter and wheel to the correct position. We aligned the caster/camber and toe at our shop, giving about 1 degree negative camber and increased caster angle. We use minimal toe-in for straight line stability without excessive tire wear. The car has CPPP tubular A-arms and drop spindles.

The carhadelectronic "cut-outs" in the exhaust which we removed by cutting the merged tubing off and capping with sections of appropriately shaped and sized tubing to give a smooth, seamless repair. The exhaust tubing size is 3" and has flowmaster mufflers.

The car has Vintage Air AC, which was not installed when we got it. We were able to meticulously re-install the unit at which time we improved the quality of the install. We installed a new dryer unit at this time. We made or bought a few missing parts to mount the compressor pump as well. We made some new lines and rewired as needed to clean up the install as best possible. We programmed the unit for service, but we did not charge the unit, as we are not equipped at our shop for this.

The radiator and fans have proven adequate, we did however change hoses and install a new thermostat. The fan wiring was cleaned up for appearance and the coolant (50/50 antifreeze mix) was replaced.

The engine compartment wiring was improved to eliminate a redundant firewall mounted Ford solenoid and we re-wired the system to use the standard Chevy style starting solenoid mounted on the starter. New cable routing, grounding, and various other means were utilized to ensure everything worked properly. We noted an improvement in starter performance after doing this work.

The MSD distributor was removed and rebuilt with all new advance mechanism and vacuum advance canister. We used the second to fastest advance curve and set total timing to 36 degrees. A new cap and rotor was installed at this time. Spark plugs were gapped to .040" and some ignition wires were replaced (as some had broken ends and were not repairable). We hooked the (new) vacuum advance to the non-ported "manifold" port on the carb in an attempt to obtain better idle quality. We noted about 11" of vacuum at idle with all four corners adjusted for highest idle speed/vacuum.

We replaced the Deamon 850 race carb with a Holley "Street Avenger" 770cfm vacuum secondary carb with 4-port idle and electric choke. We fixed the throttle cable mount and kick-down cable system to work properly. We also clearanced the manifold slightly to allow full throttle without fouling the mechanism. We installed a new air filter and associated bits and pieces. A proper dual return spring was installed. We also improved the security of the Lokar throttle pedal inside the car. We installed a new fuel line(s) and replaced the fuel filter with a new unit. We relocated the fuel lines and system away from the battery for safety concerns and to simplify the system from previous.

The engine is a 502 big block with ported aluminum heads and unknown comp cam. The engine appears strong with perfect compression 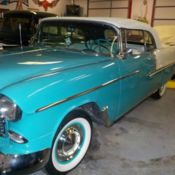 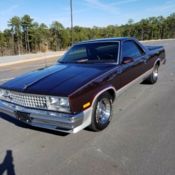 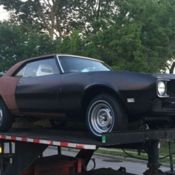 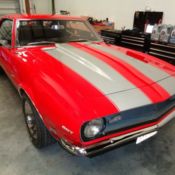 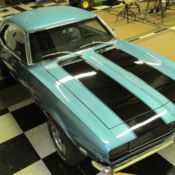 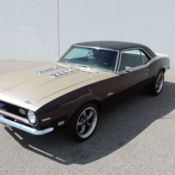 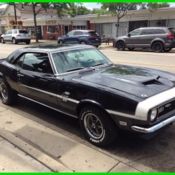 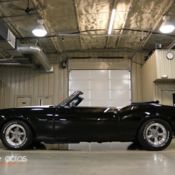 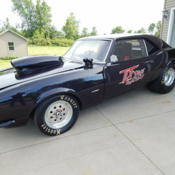