One of the rarest Chevys ever built. Only 547 425 HP 427 cars built in 1969. Of those, only 77 came with theM22 Rockcrusher transmission. NOS fenders, NOS bumpers, new floor, Half quarters from high desert California, Rebuilt 454, original rebuiltM22, original rear end. NOS windshiel, complete brakes system, new rad, gas tank,seat covers,hub caps,correct coded steel wheels with new Red Line Bias Plies, .... It is shot in flat burnished brown primer,needs final skim bodywork before paint. One gallon of quality Burnished Brown paint included.
This is an original street and stock drag car that has been restored to stock and can be driven
anywhere.
The car was ordered by Ed Carpenter Sr. in 1969 when he worked at Buick Assembly in Flint Michigan.
His parking pass is still on the back of the mirror that is in the car now.He was a drag racer who knew exactly what he was ordering and how potent a package the L72 plus M22would make in the lighter Biscayne, with no power options.
The car was flat towed to the track. Tow tabs can be seen in the photo, which fit an NMW Tow Bar.The car was campaigned as "The Whirlwind"
In 1977 the car was sold to Dick Ross of Flint. Dick is in the Michigan Motorsports Hall of Fame,and he had a number of Big Block Chevy Novas including a funny car.He used the Biscayne as a street race car, and according to his wife at the time ran 11:70's in street trim.The car was painted a lighter shade than the original Burnished Brown.


The L72 engine was sold out of the ca, and may still be in the Flint area at this time.
The car was found by a friend on the lot of a Muffler Shop in Flint Michigan, owned by a relative of the Ross family.I bought it from a friend who found it in 2007.I collected many NOS parts for its future restoration, but sold it in 2009 to pursue other projects.I bought back the car in 2016 including all the parts and finally have it on the road in 2018.
I was very fortunate to have the help of some of the Ross family who provided me with NOS front fenders and otherparts which were saved with plans to restore the car.I also have found an original LD short block, with correct casting date, casting number, assembly codeand a stamped VIN # of 13963., mine being 13263 . This is one of the 546 L72's of 1969 for full size cars.
The body broadcast sheet clearly shows M22, and it told the line workers that they needed to cut a hole for a floor shifter.The M22, found in only 77 cars that year (out of 1.3 million ) was only used behind the L72.
It took years to research the ownership history, but now having that and the documentation as found in the car we know we have a real "Ghost " asthey are so rare most have never heard of let alone seen one.The car currently has less than 12,000 original miles. Lessthan 10,000 when it was found in 2007.
Sadly Dick Ross is gone, and we lost Ed Carpenter last fall. But thankfully his son Ed Jr., also a hardcore drag racer, is living in Texas.He is a State Trooper who runs a 9 second Nov, and he was able to fill in some of the pieces of the puzzle.
This car was featured at the GM Nationals last summer in the Solid Lifter showroom. Driven to and from that showover 700miles . Can be driven anywhere. Needs a new owner to take it to the next level or can be driven as it is now.
Wire transfer only. Can assist with shipping. Car is located one hour from Niagara Falls NY.
Call Marc 647 884 4815 with any questions. Reserve is set very low so bid to own and drive it home.

I have had one bidder cancel his bid because I would not sign an affadavit stating that the history of the car was accurate.Although I would have no problem doing so, it seems pointless as I am not the original owner. He also thought that importing thecar back to the US was a huge problem. Fly in and drive it back home or I will put it in Niagara Falls NY if you prefer.
I cancelled the highest bid because that bidder flaked out on 3 of the last 5 auctions that he won. Same pattern, not a single questionabout a car that he placed a $25,000. bid and then non payment.
So to level the playing field the reserve is set at $22,000. which is about half of what has been invested.

Additional photos of restoration added. If you need more send me an e mail atartoneframing@gmail.com
LD Block stampings shown. Block not included but could be.

Not "testing the waters" . Another project on the way and I am selling this car. This may be your only chance toown a very rare Chevy sleeper. Not a clone. No hard numbers but probablyless than 12 of these M22 L72 Biscaynes ever produced.I am reducing the reserve and buy it now.If you want this car do not hesitate or you will watch someone else own it. 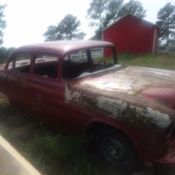 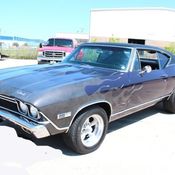 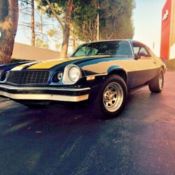 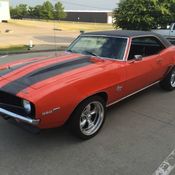 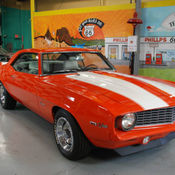 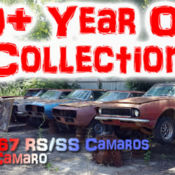 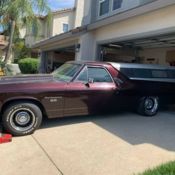 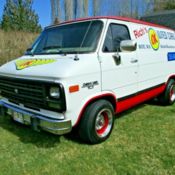 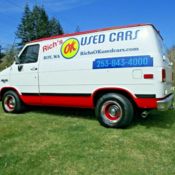 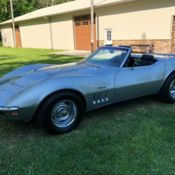