We are proud to offer an authentic 1963 Corvette Grand Sport that is one of 14 continuation cars built exclusively under GM rights by the Duntov Motor Company. This purpose built, STEET LEGAL, race car has 471 original street miles, and having never been used for racing it is in beautiful showroom condition. Built by legendary Alan Sevadjian, ex-GM engineer and race driver, this Corvette is as close to one of the original six Grand Sports as you can get. As GMs answer to the Cobra race cars of the day, Zora Arkus-Duntov, the man behind the second generation C2 Corvette Sting Ray, quietly developed a racing version called the Grand Sport. GM issued 20 VIN numbers for these purpose-built race cars, 6 of which were assigned in the early 60s to the original 6 competition cars (4 coupes, 2 roadsters). Sevadjian later bought the exclusive rights to Duntovs Grand Sport including the name, design, molds, and VINs. Since the early 1980s Duntov Motor Company has been building Corvette Race Cars. They also built the continuation 1963 Grand Sports with the remaining original 14 VIN numbers, design, and molds. The vehicle featured here is #18 which first resided in a personal collection and was then sold to the current owner who titled the car for the first time. It has since been garaged in Phoenix, Arizona. This vehicle is nearly identical to the original six Grand Sports with heavy duty steel frame featuring 5 inch diameter longitudinal tubing. Having been built more recently, it takes advantage of current technology in the drivetrain. The 6 original race cars used 377 c.i. small block engines with fuel injection of the day, but this car has a GM E-Rod LS3 with the same displacement but modern fuel injection and electronics. The gearbox is a Tremec TKO 600 5 speed, and Wilwood performance disc brakes are featured. Power is rated at 430 hp, and the car is geared to go 174 mph @ 5000 rpm with a red line of 5900 rpm. Total weight is 2550 lbs giving it an excellent power to weight ratio. This extremely low mileage example is in perfect mechanical condition. The interior is spartan and purpose built. The five point racing harness and contoured seats hold the driver in position during spirited driving, and all the gauges are easy to read, favoring function over form. All interior components of this Grand Sport look and operate as they should. There are no rips, tears, or blemishes, a further testament to the outstanding condition of this vehicle. Moving to the exterior, the Sherwin-Williams Dimension Guardsman Blue (99045) on White (508) is an iconic, original color in spectacular condition. We will note that there are some minor abrasion marks on the drivers side door jam. However, beyond this minor imperfection, the body, paint, and trim pieces of this Gran Sport are excellent overall. Since the building of this Grand Sport, some replicas and copies built by others have come to market. However, none are as close to the original six as this one. Sharing direct linage to the golden era of racing, this Grand Sport has a pedigree unlike the copies and replicas. This vehicle comes with a letter from Alan Sevadjian of Duntov Motors estimating the current value at $150,000. We are offering this Grand Sport for an excellent value. This vehicle is available for inspection at our Phoenix Showroom. For more information, including a full spec sheet, please call or text Daniel at 1.917.890.4230, or email us at . 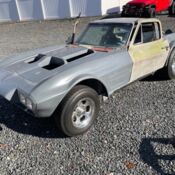 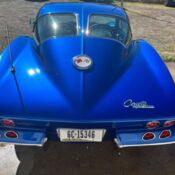 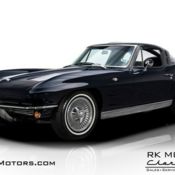 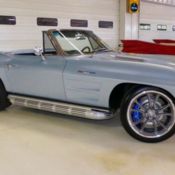 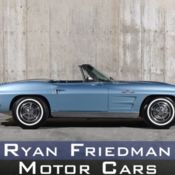 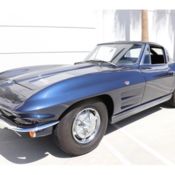 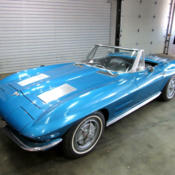 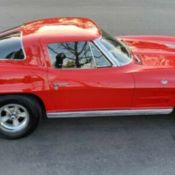 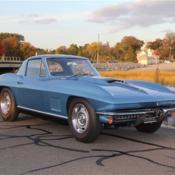 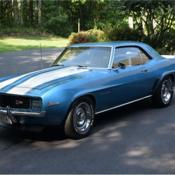