On July 20th 1969, Apollo 11 landed on the moon and entranced people the world over as they watched the first man in history set foot on the moon. And when they returned to Earth, waiting for them as a reward for a job well done, were brand new 1969 Chevrolet Corvettes. The Chevrolet Corvette has been America's premier sports car since its humble beginnings in 1953, and just like the moon landing, 1969 was a huge year for Corvette. Just the second year of production for Corvettes third generation, the 1969 Corvette corrected the issues with the 1968 model and transitioned Corvette into a luxurious but monster street machine. This beautiful Daytona Yellow example sure turns heads wherever it goes. The flowing lines and coke bottle shape of the C3 are complemented with gorgeous chrome bumpers and Chevrolet rallye wheels with white letter tires. The original hood has been replaced with an L88 style unit, and the rear window and T-top roof panels are all removable for open air cruising. Hand painted accent pin striping has been applied to give just that extra little something special. On the inside, this big block beast is extremely well optioned. The interior options list alone reads like a novel. Premium black leather seats, soft ray tinted glass, power windows, headrests, custom shoulder belts, air conditioning, AM/FM radio, and tilt and telescoping steering column. Under the hood is Chevrolet's legendary RAT engine. Four hundred and twenty seven screaming solid lifter cubic inches hammering out a sound as American as the Star Spangled Banner. This is not your average 427, no sir, this Corvette has the triple two barrel carburetor Tri-Power induction set up combined with 10.25:1 compression making 400 thundering horsepower and 460FT-LB of tire shredding torque. All this earth shattering horsepower is routed through the optional three speed Turbo 400 transmission and back to a 3.08:1 Posi-traction equipped rear axle. All these horse are reigned in by four wheel power disc brakes and controlled by the optional factory heavy duty suspension set up. This is one truly spectacular numbers matching Corvette, and has had the same owner for the last 21 years! To say it has been well kept would be an understatement, and lots of maintenance has kept this beast running like the heavy weight champion it was meant to be. If you want to own a true factory beast of a Corvette stop in or email today!! FEES & TAX INFORMATION - We are a licensed dealer in the State of Florida and adhere to all state and federal laws and regulations concerning the sale of a used vehicle. All applicable taxes and fees will be charged accordingly as required by the State of Florida. A fee of $495.00 will be charged to process the vehicle. 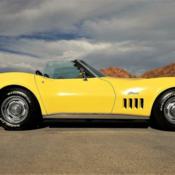 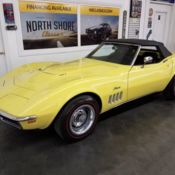 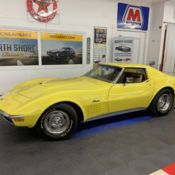 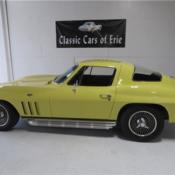 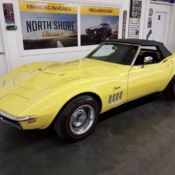 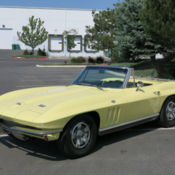 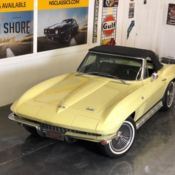 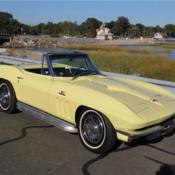 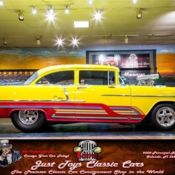 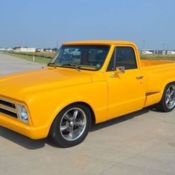