Not only does this 1953 Chevrolet Bel Air Convertible represent one of the most coveted classic models ever to rumble onto the asphalt in its rarely seen early incarnation, but it does so in striking open air form, making it the virtual equivalent of a unicorn on four wheels. Add to that its upgraded suspension and unusually sharp running condition and you have a seriously rare opportunity right here. Being a '53, this stylish cruiser holds... the distinction of being a member of the first class to bear the Bel Air name as confirmation of its top tier status within the model. It's fittingly dressed in clean white paint that's accented with blue along the rear quarter panels. Despite the paint having been applied a while back, this Chevy's head turning abilities haven't diminished in the least - put it in the hands of a pro for a comprehensive detailing and it rockets back to top form and would be a standout in even the most distinguished of automotive company. It wears an ornate assortment of chrome and all of it is in consistently good condition - the bumpers both fore and aft appear to have been replaced not long ago. Should you find yourself motoring down the road in this classic of classics as the skies darken, there's a blue canvas convertible top on hand, tucked neatly under its boot to protect you from inclement weather. It's looking sharp, seals nicely and raises into position without issue. Climb inside and you'll be surrounded by one very clean interior with an inspired, one-of-a-kind appearance - in the most tasteful sense. Both rows of bench seating wear well-fitted two-tone vinyl covers that are still in great condition and loom over a clean expanse of carpet lining the floor. The dash area is a definite highlight here, with a razor sharp instrument cluster carrying a full complement of upgraded gauges and an AM/FM/CD player on board that teams with speakers in the kick panels to fill the cabin with sound. The underdash air conditioning system blows nice and cold - it will have no trouble keeping you and your passengers comfortable, regardless of the weather. In back, the expansive trunk area shows the same attention to detail on display throughout the rest of the car, with its finished walls, carpeted lining and sharply covered spare sitting in its proper upright position inside. Standing eagerly by beneath the hood is a 350 cubic inch V8, that's fed by a Holley Demon 4-barrel carb perched on a Weiand intake manifold to optimize its performance. The powerplant is well-dressed with a number of chrome components and exhales into a pair of short tube headers. The engine teams with a 3-speed automatic T350 transmission to make for a very solid drivetrain - this Chevy runs great. Farther forward, an aluminum radiator pairs with an electric fan to keep operating temperatures in check. The added Mustang II front end brings with it a wealth of benefits that really make a difference during real world driving, including power rack and pinion steering that's light years ahead of the original components, offering smooth, precise navigation that pairs with a coilover suspension and power front disc brakes to make for a classic that will not only turn heads, but also provide a thoroughly enjoyable experience while you're behind the wheel. A set of 15" Crager wheels puts just the right finishing touch on this timelessly appealing ride. Striking in both detail and overall condition, this 1953 Chevrolet Bel Air Convertible offers the chance to own an increasingly rare version of an iconic American nameplate. Call today! 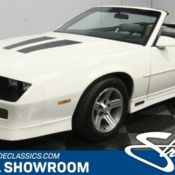 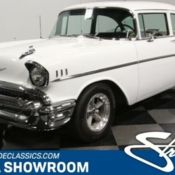 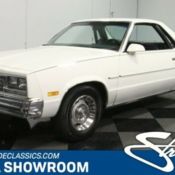 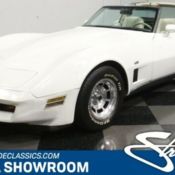 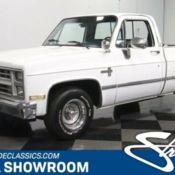 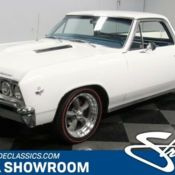 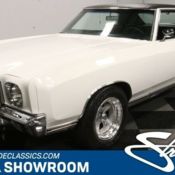 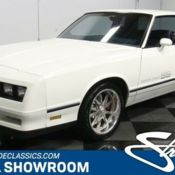 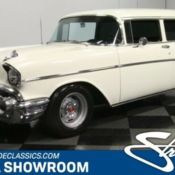 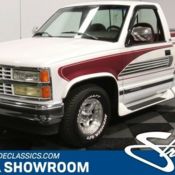