A 1978 Chevrolet Corvette in its cool two-tone silver anniversary colors, T-tops, A/C, and original L82 V8 heart. It has all the best original features, and there are even some great upgrades (like the five-speed) and it's all available right now for an outstanding price. The two-tone silver paint job on the 25th Anniversary Corvette is still one of the most handsome combinations to come out of 1970s American designs. It goes far beyond just coordinating two handsome... colors. It adds delicate pinstriping in all the right places, including extra ones to highlight the C3's curvy styling along the power bulge in the hood and the Coke bottle fenders. It was one of the most sophisticated paint theme when new, and so if was a solid investment when they gave it a respray later in life. But the result is a car that looks great in the sunshine. There's also louvers over the rear window to highlight the new fastback roofline. It not only improved aerodynamics but increased cargo capacity, and in the process, these special editions launched a new era for the third-generation coupes. Spoilers front and rear give this an aggressive appearance, and the final touch are the bright 15-inch alloy wheels that prove even a silver anniversary coupe looks good with a little brightwork. The black interior looks great thanks to all the right investments. The bucket seats now have comfortable cloth inserts. Not only does that look great against the plush black carpeting, but also this is a terrific upgrade for those who like to drive with the T-Tops out and wear shorts. Power windows, power locks, cup holders, and a retro-style AM/FM stereo that has a modern digital tuner offer all the right comforts. And the air conditioning blows cold with modern R134a. But even with all these luxuries, nothing beats the feeling of grabbing the three-spoke sports steering wheel, watching the large speedo and tach, and gazing at the auxiliary readouts at eye-level. And have you counted the gears on the stick shift yet? The engine is the optional L82 350 cubic-inch V8. This higher compression motor was a must-have for the performance fans in 1978 because it offered 19% more horsepower than the standard Corvette V8. Even just driving around town, you'll enjoy the solid hit of power low in the rev range that gets your heart racing, and the dual exhaust growling. And you have the ultimate control over this with an upgrade to a Tremec five-speed manual transmission (the original four-speed can also come with the sale.) Plus, this has more great driving features, like the power steering, fully independent sports suspension, and four-wheel disc brakes. So while this one has only averaged a low 1,300 miles annually, we know you won't be able to resist adding to the odometer. The sale comes with the original windows sticker, owner's manual packet, plenty of paperwork, and all together it equals a great enthusiast's sports car. The fact that it's within reach of everyone should tell you that the 'Vette you want is already getting plenty of attention from others, too. Call today!!! 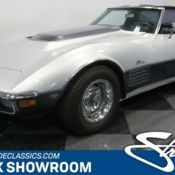 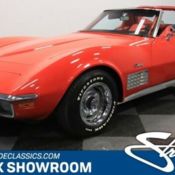 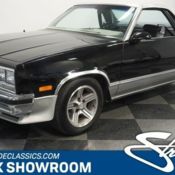 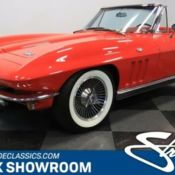 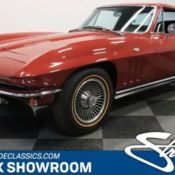 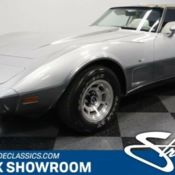 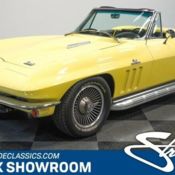 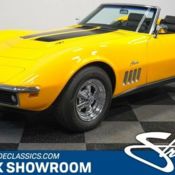 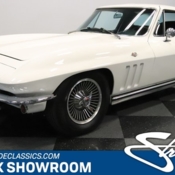 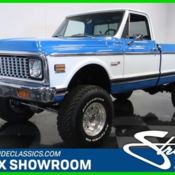